Falling in Love with Singapore and Building A Cosy Home Here

After years of working in the corporate world, many find themselves burnt out and in need of an escape. This was what  Rob, 31, and Jenny Watts, 29, a married couple hailing from London, felt. To escape from the daily grind, they decided to take a year off and travel across Asia – a journey that began in 2019 and that they’ve documented on their YouTube channel. (This was during pre-COVID-19 times, of course.) 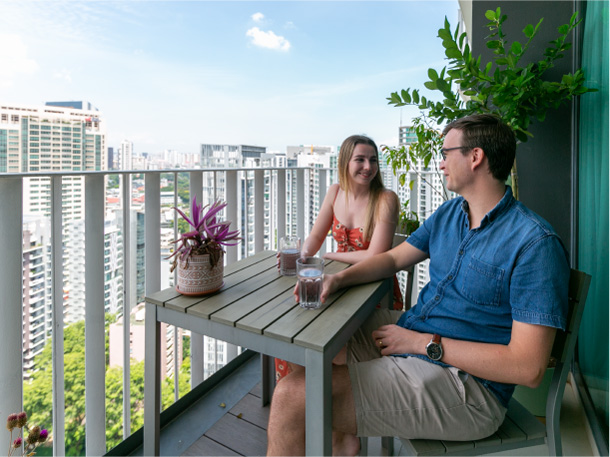 “We’d been working for six years, so we wanted to spend more time together and get away from the high-stress working environment,” says Rob. Jenny chimes in, “We’re still young; we’ve no kids, no responsibilities yet. So, I think it’s the right time for both of us to explore the world.” Before travelling to Asia and visiting countries like Sri Lanka, India, Singapore, and Indonesia, they saved approximately 50% of their monthly income for two years. “We took home-cooked lunches to work every day, and we didn’t go out drinking much. We were cautious with what we did.” 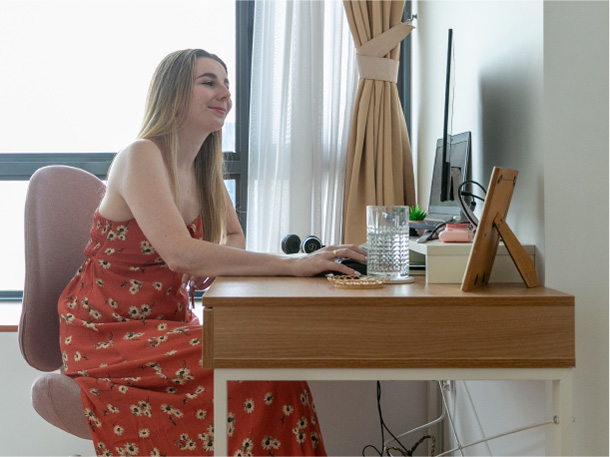 They returned to the United Kingdom in 2020 to celebrate Rob’s sister’s wedding, which ended up not happening due to COVID-19 restrictions. “When we got back to the U.K., we found ourselves missing Asia so much that we were excited when an opportunity to move here came to us, especially as the main language in Singapore is English, and that’s the only language we speak,” Jenny laughs. 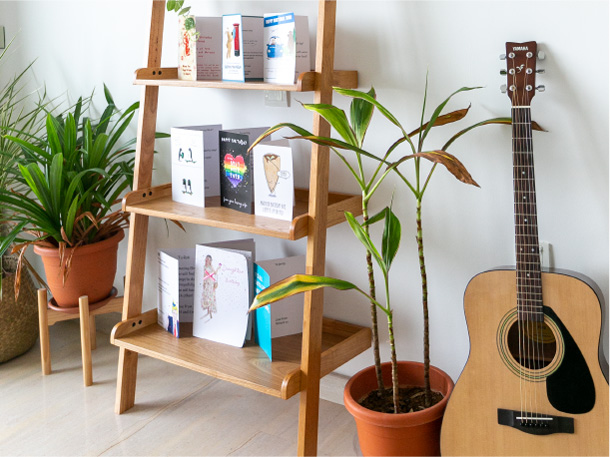 The Search for a Perfect Place Begins

When they first arrived in Singapore, the couple stayed in a serviced apartment in Newton. It was quite small — just 500 sq ft — which they soon found unsuitable as they each needed a study space to focus on work. “With work-from-home policies, we definitely need our own space so that we don’t get in each other’s way when we work, so we started our search for a bigger place earlier than we planned,” says Jenny.

Most of their expat friends advised them on getting an agent to help them find the perfect place to live, but they decided not to listen. “We prefer to do things by ourselves and found it so easy to look up properties and arrange viewings ourselves on PropertyGuru that there was really no need,” says Jenny. 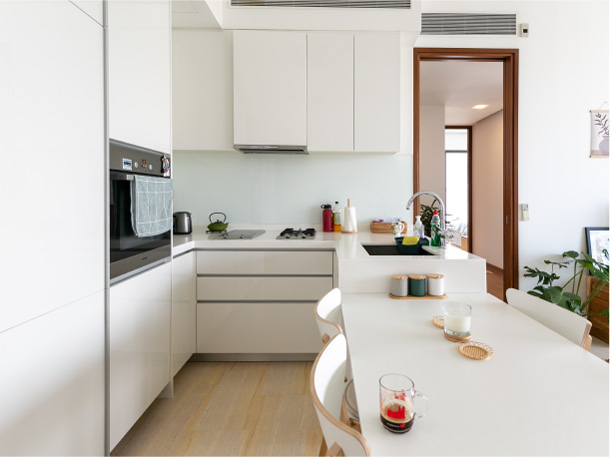 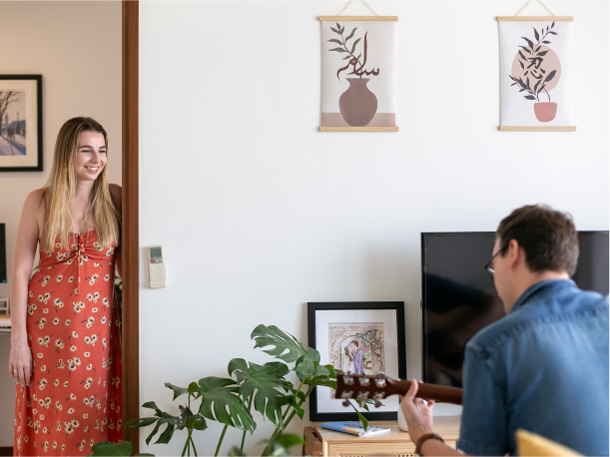 With PropertyGuru’s search filter, they searched for properties that fit their criteria for budget, size, high ceiling height, and proximity to MRT stations, so that once work from office policies are implemented, they can go to the office with ease.

After viewing a few places in River Valley, Holland Village, Newton, and Robertson Quay, they finally decided on a 1,000 sq ft condo in Newton, the same neighbourhood as their service apartment. “As it turns out, we didn’t have to move very far,” Jenny remarks. In particular, the couple liked that there is still a sense of local culture in Newton,  as they prefer not to live in an “expat bubble”.

Understandably, as foreigners, they were not so familiar with the housing and rental terms in Singapore. Thankfully, they managed to find all the information they needed through the PropertyGuru Guides section. “When we got our letter of intent, we didn’t know what it was, and we found a thorough explanation about it. It helped us figure out what a letter of intent was,” remembers Jenny. 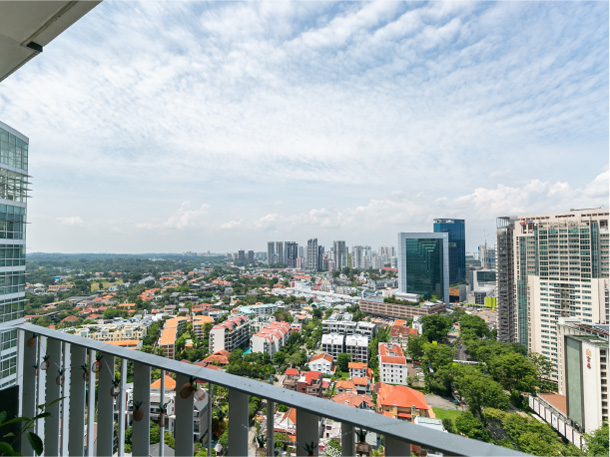 The Perks of Living in Newton

Although the condo was unfurnished when they first arrived, they didn’t mind as they immediately fell in love with the stunning view of the Singaporean skyline from the balcony. “Once we saw the view we were sold,” Jenny and Rob said in agreement. They bought most of their furniture through e-commerce sites, including one from China. “We ended up using Google translate as we don’t understand the language. It was quite an experience,” says Jenny. 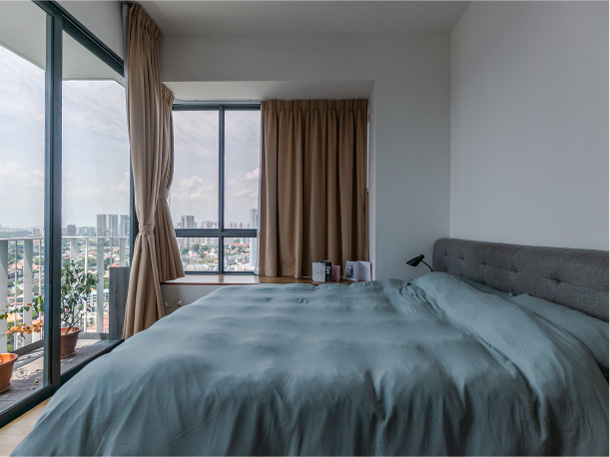 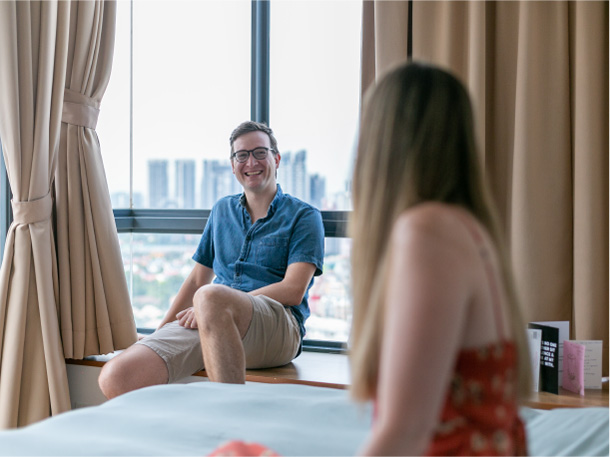 Being near the famous Newton Food Court has certainly spoiled them. “We go there quite often. My favourite dish is roast pork rice, whereas Jenny likes Indian food and carrot cake,” says Rob. Not only are their taste buds entertained, but living in Newton has also given them easier access to explore Singapore. “We have a bus stop right in front of our building, so we can literally go anywhere without needing taxis, which is much more affordable,” Rob smiles.

As of now, they’re focusing on adding  “homely touches” to the decor, such as paintings and family portraits. “That’s the main thing as most of our furniture is in place now,” remarks Rob. Currently, they’ve signed a one year lease, but they’re open to extending it if the circumstances align in the future. “Now that we’ve moved in, I’m kind of struggling to see how we could move out because we’ve made it a home,” says Jenny.