Over the past week, two en bloc-related news surfaced: Thomson View, which is up for collective sale at a reserve price of S$950m (its 5th attempt? We lost count…) and Ampas Apartment, where a cancelled en bloc sale resulted in a lawsuit.

There are some insights to be learned here, so let’s review them both: 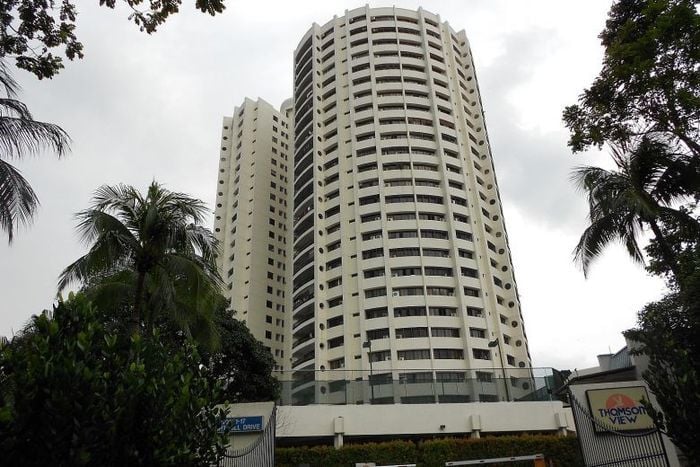 The 99-year condominium made the news recently with its never-say-never collective sale attempt again (it tried in 2013 and 2018) – this time at a reserve price of S$950m (reportedly the largest for a residential site in 2021 so far).

That translates to a land rate of S$1,293 per square foot per plot ratio (psf ppr), including the additional 7 per cent bonus gross floor area for private outdoor spaces (eg. balconies).

Located in District 20 (Ang Mo Kio, Bishan, Thomson) at 17E Bright Hill Drive (right beside Upper Thomson Road), the 99-year leasehold condominium was completed in 1987 and stands at 26 storeys tall. It currently has 255 units (200 apartments, 54 townhouses and a shop unit) on a land area of 540,314 sq ft and comes with a pool deck, fitness corner and swimming pool.

It’s close to schools like Ai Tong and Bishan Park Secondary, and the nearest MRT station is about a 7-minute walk to the new Upper Thomson MRT on the Thomson-East Coast line.

In 2013, the condo was put up for sale for S$590m, but the deal was scrapped when the former marketing agent HSR International Realtors were found to have incentivised 4 owners to sign the sale agreement. The potential buyer then was Wee Hur Development and Lucrum Capital (Wee Hur-Lucrum).

Then in 2018, the owners made 3 attempts to launch another collective sale over the year, raising the reserve price three times to S$938m. Alas, they could only garner backing from only 76 per cent of owners. For a collective sale to proceed, 80% of owners must be in favour of the sale (90% if the property is less than 10 years old).

“If that sale had gone through, the townhouse owners would have received around S$5.5m and apartment owners S$2.6m-S$3.7m,” said Mr Tan Kin Lian, chairman of the Collective Sale Committee (CSC) then, who is also the former chief executive of NTUC Income.

One challenge cited by him for the failure to garner at least 80% is that owners who signed the sale agreement would have been liable to share the legal costs if the sale were to be challenged again. This is because, in the failed 2013 attempt, 215 unit owners who agreed to the sale had to foot legal costs in the six-figure range. “Why should legal fees for an unsuccessful sale be borne only by the signing owners?”

Then, Mr Tan suggested that it would be fairer for the collective sale agreement to state “that in the event of a successful sale, a certain percentage of the total sales proceeds, not exceeding 0.5 per cent, may be set aside to be distributed among the signing owners for the risk that they have taken.”

Well, for this fifth (or is it the third major attempt?), we’re not sure if this advice was considered, but after multiple tries, let’s hope the residents of Thomson View do get what they really want this time. 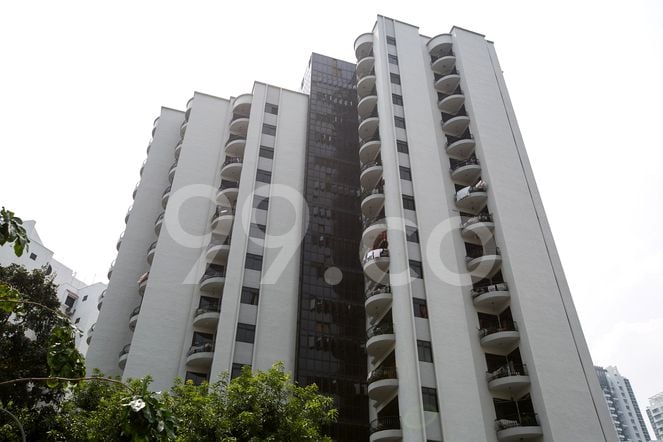 The 43-unit freehold property at District 12 (Toa Payoh, Serangoon, Balestier) was in the news after the High Court dismissed a suit in relation to the refund of a S$4.75m deposit that Oxley Jasper (a unit of Oxley Holdings) had paid in an en bloc sale that was later cancelled.

An initial deposit of S$4.75m (5% of the purchase price) was paid by Oxley. However, the developer had to rescind the deal because one condition from the sale and purchase agreement wasn’t met – that Oxley be granted outline planning permission for a new development with at least 120 units (each averaging 700 sq ft). Under its 2012 guidelines, URA only permitted 112 units – the maximum allowable.

The collective sale committee (CSC) claimed that it had mistakenly thought that 120 was the maximum permissible number of units.

The committee then insisted that Oxley pay a further deposit of S$4.75m by an agreed deadline, but Oxley declined. The committee then said it was forfeiting the initial deposit. Among 43 homeowners in the sale, one was willing to return her share of the deposit.

The homeowners then filed a lawsuit against Oxley Jasper and that one owner willing to return the deposit (naming her as the 2nd defendant). They requested the court to rectify the condition precedent clause in the agreement to state 112 units instead of 120. If this happens, Oxley’s rescission would be deemed invalid and the initial deposit would be officially forfeited due to its failure to pay the 2nd deposit.

In court, Oxley’s lawyer argued that the law does not allow the agreement to be rectified for such a unilateral mistake. The developer also disputed the plaintiffs’ claim that the committee made the mistake on 120 instead of 112.

In his judgement, Justice Andre Maniam said the plaintiffs’ case failed on both the law and facts. He said that the number 112 was never what both parties had agreed to in the first place, nor was there any actual or perceived agreement or common intention to go with 112.

Furthermore, he found that the plaintiffs had not been able to prove that they had made the alleged mistake. In his ruling, he said Oxley had validly rescinded and cancelled the agreement – which means while the developer is under no obligation to pay the further deposit, the plaintiffs must now return the initial deposit – and quite possibly pay the legal costs.

Have you ever been involved in an en bloc or collective sale? Let us know in the comments section below or on our Facebook post.

If you found this article helpful, 99.co recommends What factors are necessary for a possible en bloc or collective sale? and En Bloc Potential: 7 Reasons Why a Collective Sale Tender Fails.

The post A tale of two en bloc attempts appeared first on 99.co.