Two state land tenants in Yishun – ORTO leisure park and non-profit Ground-Up Initiative (GUI) – will have to vacate their premises by next year to make way for planned developments. Meanwhile, Ang Mo Kio residents who were affected by the Selective En bloc Redevelopment Scheme (SERS) can now apply for a Build-To-Order (BTO) flat within the same estate. 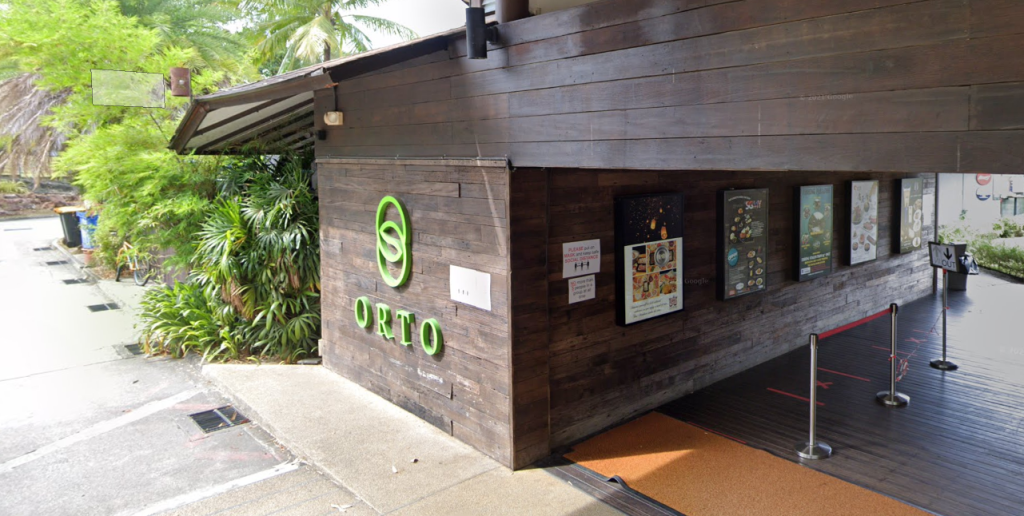 Two state land tenants in Yishun – ORTO leisure park and non-profit Ground-Up Initiative (GUI) – will have to vacate their premises by next year to make way for planned developments, reported The Straits Times.

“SLA has offered both tenants an extension up to 30 June 2023, to facilitate their transition plans,” said a Singapore Land Authority (SLA) spokesman.

The 5.15ha leisure park at 81 Lorong Chencharu occupies a 70ha site that is zoned for residential use, subject to detailed planning.

Meanwhile, a colonial-era bungalow located at 50 Bah Soon Pah Road in Yishun will be preserved as part of a new HDB residential estate.

According to Roots.gov.sg, the resource portal of the National Heritage Board (NHB), the bungalow is one of two built in 1912 by the Bukit Sembawang Rubber Company to house its manager and assistant manager.

The Straits Times also reported that the bungalow is currently undisturbed amid a flurry of activity due to earthworks at the 40ha site.

“The bungalow will not be affected by the works, and agencies are studying possible uses for the bungalow as part of the future residential estate,” said a URA spokesman.

Yishun has seen two BTO launches, Yishun Glen in Feb 2022 and Yishun Beacon in May 2022, this year. Another launch is expected during the upcoming BTO launch in November 2022. The November 2022 Yishun BTO launch exercise will be a short walk away from Lower Seletar Reservoir Park.

Ang Mo Kio residents who were affected by the SERS can now look forward to applying for a BTO flat within the same estate, reported The Straits Times.

This comes as the upcoming BTO sales exercise for this month will see up to 10% of the flats at Central Weave @ Ang Mo Kio project set aside for priority allocation for eligible households, which includes residents affected by SERS.

In a letter to Ang Mo Kio residents, HDB explained that it allowed residents to apply for such a project since its estimated delivery possession date (DPD) is within 2029 and it is situated within Ang Mo Kio Town.

Residents can also apply for other BTO projects during the August BTO sales exercise, such as Woodlands South Plains in Woodlands, Keat Hong Grange in Choa Chu Kang and Sun Plaza Spring in Tampines, subject to the 10% priority application. Non-Constituency Member of Parliament (NCMP) Leong Mun Wai has filed a petition in Parliament seeking to review the compensation and relocation options given to SERS residents and impose a moratorium on the scheme, reported CNA.

He filed the petition on behalf of five residents at the Ang Mo Kio SERS site.

Describing the current SERS compensation policy as “outdated”, the petition filed by the Progress Singapore Party NCMP called for “fairer” compensation and rehousing options for affected residents at Ang Mo Kio and those in future SERS projects.

They also wanted HDB to waive resale levy as well as stamp and legal fees at all future SERS exercises instead of applying them on a case-by-case basis.

“We also ask that the substantial increase in cost of living be taken into consideration,” they said, pointing to rising interest rates, significant inflation and the looming Goods and Services Tax increase in 2024.

With this, the signatories of the petition wanted a moratorium imposed on the scheme pending the findings and recommendations of the review.

HDB has followed the issues raised by the 600 affected residents closely. Aside from providing replacement flats with shorter 50-year leases, the move to reserve 10% of the flats in the upcoming August 2022 BTO launches for these residents ensure they are provided for and their concerns heard.

4) Additional $66mil to be allocated for studies into ageing infrastructure

The Government will allocate an additional $66 million to the Cities of Tomorrow research and development programme in the next five years, reported CNA.

Minister for National Development Desmond Lee said the additional allocation will support developing solutions that can “help upgrade” the ageing infrastructure of Singapore and create more space for the city’s needs.

“We will also develop solutions that use the latest technology, like data analytics and AI (artificial intelligence), to enable more effective urban planning that can cope with more complexity,” he said at this year’s World Cities Summit.

“Through more R&D collaborations amongst the Government, the research community and our private sector, we hope that the cross-pollination of ideas will strengthen our innovation ecosystem for our urban built environment and help our city better address our emerging challenges ahead.”

Notably, the Government has set aside $150 million for the Cities of Tomorrow programme when it was launched in 2017. The Ministry of National Development (MND) also announced an additional $110 million allocation for the programme earlier this year.

5) Freehold residential building at Wilkie Road up for sale for $9.2mil 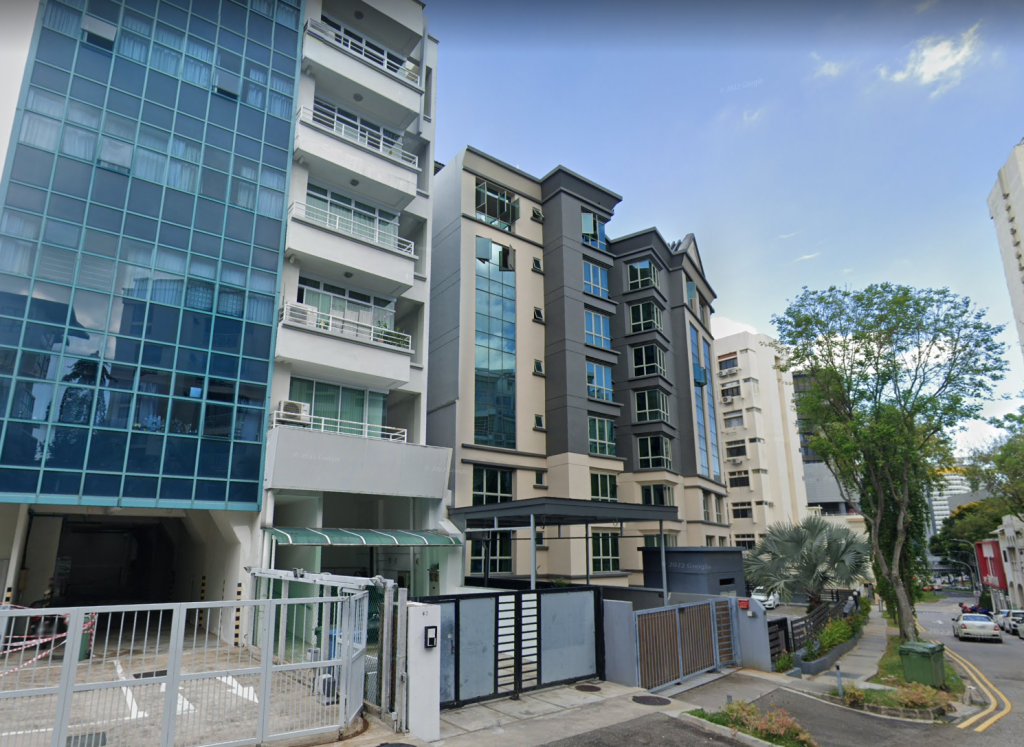 A freehold residential building located at 62 Wilkie Road has been put up for collective sale with an indicative price of $9.2 million or $1,644 per sq ft (psf) based on a 5,597 sq ft total strata area, revealed marketing agent PropNex Realty.

The District 9 building, which comprises three duplex apartments, occupies a 2,542.4 sq ft site that is zoned for residential use under the 2019 Master Plan with a gross plot ratio of 2.1.

PropNex Realty’s Head of Investment and Collective Sales Tracy Goh noted that the building is ideal “for multi-generational families who wish to live together under one roof and procure the building for own use”.

“Alternatively, investors can also acquire the building for legacy planning and enjoy the capital appreciation over time, while leasing the apartments out for recurring rental income,” she added.

The property is about a 10-minute walk to Little India, Bencoolen, Dhoby Ghaut, and Rochor MRT stations. This provides residents access to the Downtown, North East, North South lines. A class action lawsuit has been filed against Johor developer Country Garden Danga Bay, with the buyers alleging fraud and misrepresentation, reported TODAY.

The 49 buyers – from China, Malaysia and Singapore – allege that the developer’s luxury condominium units were not delivered as advertised. The buyers claim that changes were made to their sales and purchase agreements after they had signed them.

Two Singaporeans who acquired units at Country Garden Danga Bay shared that several defects were seen at their apartments when they received them around 2018.

“It’s like buying a Ferrari but getting a Proton instead,” said 49-year-old businessman Adam (not his real name).

It is believed that the class action lawsuit is the biggest case to be filed against the Johor developer so far.

7) Transactions for strata office units down in 1H 2022 Knight Frank attributed the slowdown in sales activity to the dwindling saleable stock of strata offices.

“With the recent successful collective sale of a few strata commercial buildings, existing owners of other strata buildings may be holding on to their units in hopes of also embarking on the en bloc route,” said Mary Sai, Knight Frank Singapore’s Executive Director of Capital Markets.

Meanwhile, the removal of limits on gathering size and operating hours at retail establishments has spurred renewed interest in the strata retail market. 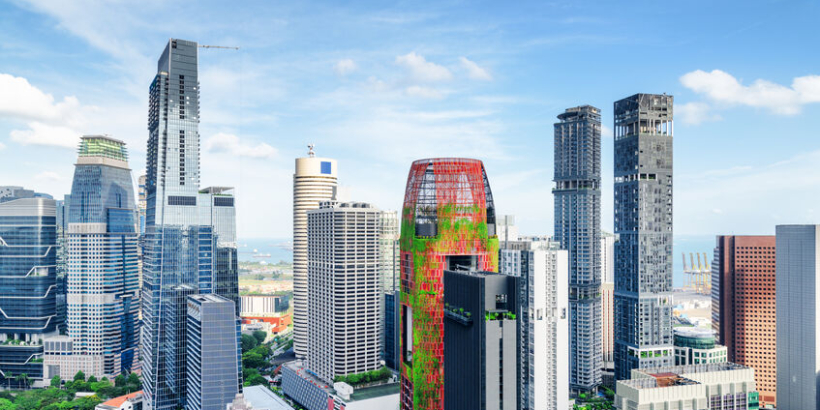 Notably, the City Hall micro-market posted the biggest quarterly rental growth at 1.3% to $9.82 psf, making it the second-highest rent after the Marina Bay micro-market.

Savills noted that the tightening of supply and demand balance, along with high inflation, “is pushing landlords to raise gross rents”.

“Although there are economic challenges, with low levels of new supply, rents have been able to rise to offset inflation and future environmental-related expenditures,” said Savills Singapore’s Executive Director of Research Alan Cheong.

In an SGX filing, the REIT shared that the acquisition is well-aligned with its “strategic intention and will strengthen both its portfolio and customer base”.

Upon completion of the acquisition, over two-thirds of the property’s gross floor area will be leased back to Philipps. It will serve as the firm’s APAC headquarters with a focus on its healthcare and technology business.

The ASRGF is the private equity fund of Ascott with Qatar Investment Authority.

To be named lyf Ginza Tokyo, the 140-unit co-living property is set to open in June next year. It is ASRGF’s fourth acquisition this year, deploying almost $400 million across four countries in less than five months.

With the acquisition of the Tokyo property, ASRGF will have 12 properties with more than 2,300 units across 91 countries.

“With the addition of lyf Ginza Tokyo, we are close to the full deployment of ASRGF. We seek to establish more lodging funds and attract like-minded capital partners to tap on Ascott’s established investment and operational expertise to grow,” said Mak Hoe Kit, Managing Director for Lodging Private Equity Funds and Head of Business Development at Ascott.