With HDB’s August 2022 BTO exercise in full swing, you may be looking at its 5-room offerings, such as the ones in Ang Mo Kio, Choa Chu Kang and Tampines.

Among them, the indicated price range for Ang Mo Kio’s 5-room BTO flats stands out.

Rightly so, because at a jaw-dropping S$720k-S$877k, Ang Mo Kio Central Weave’s 5-room BTO flats are one of the more expensive units in this exercise.

Not only is it at the highest range band for BTO 5-room flats, it also has one of the widest spreads (S$157k) we’ve seen so far – at least when we compare it with all other 5-room BTO flats offered over the past 2 years (7 exercises):

This may give many potential BTO homeowners pause (or reconsideration) – is this too expensive, will it appreciate at all, or perhaps you’re more the “it’s not really all about the pricing isn’t it?” type. 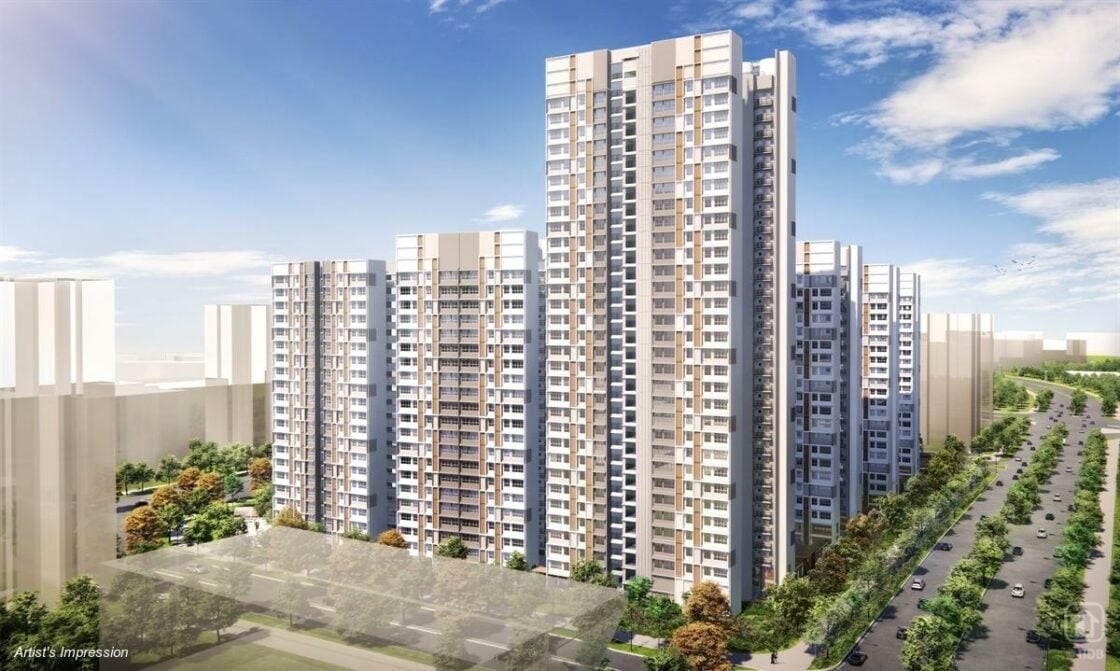 If we look at past BTO projects in Ang Mo Kio – such as Kebun Baru Court (2013 launch) and Teck Ghee Parkview (2012 launch) – their price ranges and spreads have consistently been on the higher side:

What’s notable however, is that this time around, 333 units are made available, instead of the 103 and 190 units in the past.

Furthermore, today’s indicated price ranges are 47-69% higher compared to Kebun Baru Court and Teck Ghee Parkview. In other non-mature estates, the increases across similar estates are usually between 25-35%.

Granted, every BTO project is unique, even if they’re within the same neighbourhood. Their indicated price ranges are dependent on factors like proximity to amenities, an interchange or MRT station, the number of storeys within the block, potential unblocked views and so on.

We should also consider that due to our post-pandemic environment, some costs would have gone up, ranging from construction material to worker salaries.

Around the Ang Mo Kio Central Weave site, bounded by Ang Mo Kio Avenues 3, 5, 6 and 10, the average 5-room resale price has gone up by about 18.01% – so not too far from the neighbourhood average.

Today, 5-room resale flats in Ang Mo Kio are priced around S$750k-S$800k on average, so not absurdly far from the indicated price range for Central Weave. 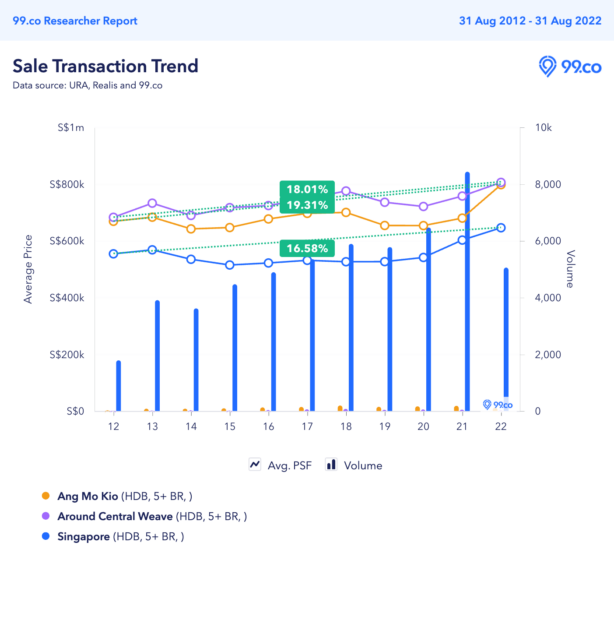 Of course, we’ve been getting questions from our readers – what would be the potential appreciation for 5-room flats at Central Weave?

Just by looking at where the million-dollar 5-room HDB resale flats are, you’ll get a rough idea: 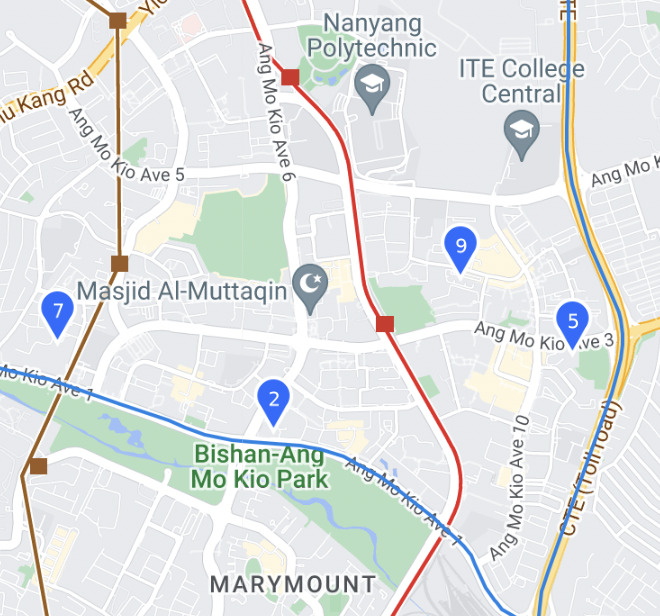 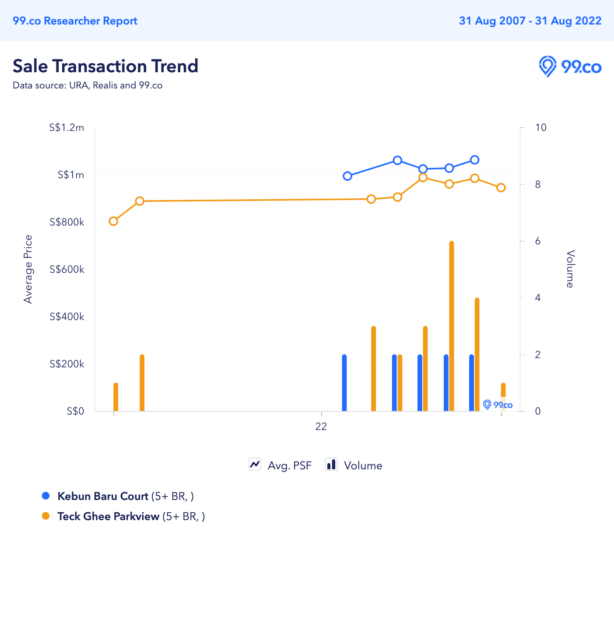 If we focus on the more recent BTO projects, namely Kebun Baru Court and Teck Ghee Parkview, there have been a total of 32 resale transactions of 5-room HDB flats since the completion of their MOPs.

So if you’re still baulking at the S$720k-S$877k indicated price range, at least now you know some of the factors behind why it’s priced on a higher band with such a wide spread.

Furthermore, with Singapore’s Prime Minister Lee Hsien Loong recently announcing plans to upgrade Ang Mo Kio town centre and its surrounding estates (including older ones like Teck Ghee), we can’t say that we’re all that surprised.

If you want to know exactly what amenities are around Central Weave, we’ve got you covered here (there’s even a video tour).

All right, you can lift your jaw back up from the floor now… Are you applying for this August 2022 BTO? Let us know in the comments section below.

If you found this article helpful, check out our overview of the August 2022 HDB BTO projects and in-depth reviews:

The post A brief history of 5-room BTO flat prices in Ang Mo Kio and their resale values appeared first on .

Buying A Property With A Friend: Should You Do It in Singapore?