Living on a top-floor unit: 5 potential issues that you hardly hear about

Many of us dream of living on the top floor, waking up to unblocked views every day. Given where they’re situated, these units also tend to be more breezy, bright and feel more spacious due to the higher ceiling height.

These are reasons why top-floor units, including penthouses, tend to be the most expensive units in a development.

At the same time, no home is 100% perfect. Before making an offer for that top-floor unit, here are some potential issues you should know.

Top-floor units are more prone to water leakages, as the waterproof membrane at the rooftop wears out over time due to exposure to the sun and rain.

The worst-case scenario we’ve heard so far is that it can happen as often as every six months. Like this HardwareZone user.

If you’re buying a resale unit, don’t just focus on how tall the ceiling of the unit is during the viewing. Look out for any water marks and mould on the ceiling.

Nevertheless, the good thing is that you won’t have to fully bear the repair costs. For these HDB units, HDB will seal up the leak and cover the repair cost. The painting cost will be borne by you, though.

Likewise, for condos, the management will fix the water leakage problem for free.

On the other hand, if you were to live on a lower floor, if there’s a leak on the ceiling, you’ll usually have to liaise with the neighbour upstairs to figure out the cause of it. And it can be a hassle if your neighbour is uncooperative.

If it’s caused by your neighbour, eg. their kitchen pipe keeps leaking, then they would have to bear the full cost of the repair.

Otherwise, if it’s due to wear and tear, you’ll have to split the cost with them.

Read this: Tackling ceiling leaks and water seepage in your HDB

This sounds a little ironic, because the general understanding is that top-floor units tend to be more windy.

But here’s the thing about top-floor units. Unlike the units below, they have more surface area that’s exposed to the sun.

On top of that, if the nearby buildings aren’t as tall as your development, there’s nothing that provides shade for your unit.

And we all know it’s worse if it’s a west-facing unit.

Another issue we occasionally hear about living on a top-floor unit is the low water pressure.

So don’t forget to check the water pressure during the viewing, especially if you’re planning to install a rainshower for your bathroom. (After all, what’s the point of having a rainshower if you’re only going to get a drizzle?)

Another explanation is that the pumps used may not be strong enough.

This depends on where your unit is facing. You’re more likely to hear louder traffic noise if the unit faces a main road or an expressway. 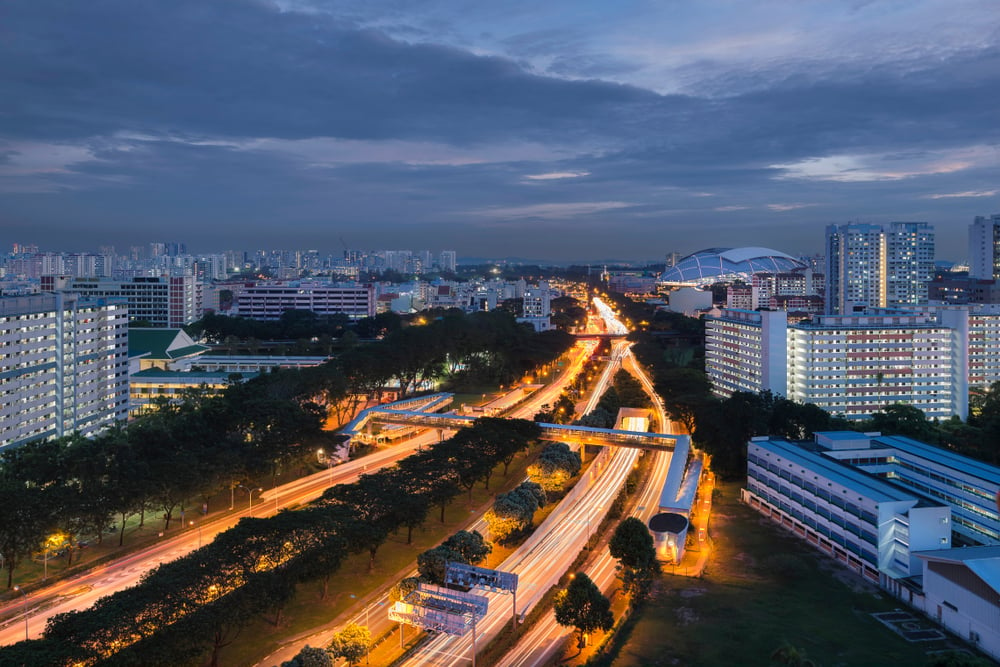 This happens because sound travels upwards. Those living on the lower floor units won’t hear as much traffic noise because there are more structures and buildings that can absorb the sound.

On the other hand, the higher the unit is, the fewer structures there are that can absorb the sound.

So this isn’t restricted to just top-floor units as it generally occurs on higher-floor units.

(I’ve heard of someone living near the 30th floor complain about the noise, because the development is located a few streets away from two expressways.)

Here’s another issue that’s not restricted to the top-floor units, but can also be felt if you live on a higher floor.

This can arise if there’s construction nearby. One example is the construction of the North-South Corridor, leading to vibrations that affected Braddell View residents, especially those living on the 19th floor and above.

Those living on a higher floor here are also more prone to tremors caused by earthquakes in Sumatra in Indonesia. One of the recent earthquakes that some residents in Singapore felt was the 6.2 magnitude earthquake that occurred in February this year.

(I personally haven’t experienced this before when I was living on the 10th floor nearly 20 years ago, but my family have felt the tremors when there were earthquakes in Sumatra.)

One possible reason why upper floors tend to experience the tremors is due to the higher displacement. The building is like an inverted pendulum, so when there is seismic activity, those at the upper floors would feel the swaying more.

Interestingly, according to NLB, tremors here are generally more felt in the central and eastern areas that are situated on softer sedimentary materials. On the other hand, the western region lies on a harder rock material, which helps to dampen the tremors.

Any other potential issues of living on a top-floor unit that we missed out? Let us know in the comments section below.

If you found this article helpful, 99.co recommends Buying a property: 9 tips for picking a great resale unit and This is How to Pick the Best Units at a New Condo Launch.

The post Living on a top-floor unit: 5 potential issues that you hardly hear about appeared first on .