The Government has ramped up the private housing land supply on the Confirmed List under its Government Land Sales (GLS) Programme to 4,090 units for the first half of 2023, from 3,505 units in the second half of 2022. Meanwhile, Minister for National Development Desmond Lee said the Housing and Development Board (HDB) will raise the proportion of Build-To-Order (BTO) flats with shorter waiting times of less than three years over the coming years.

1) Government ramps up the supply of private homes 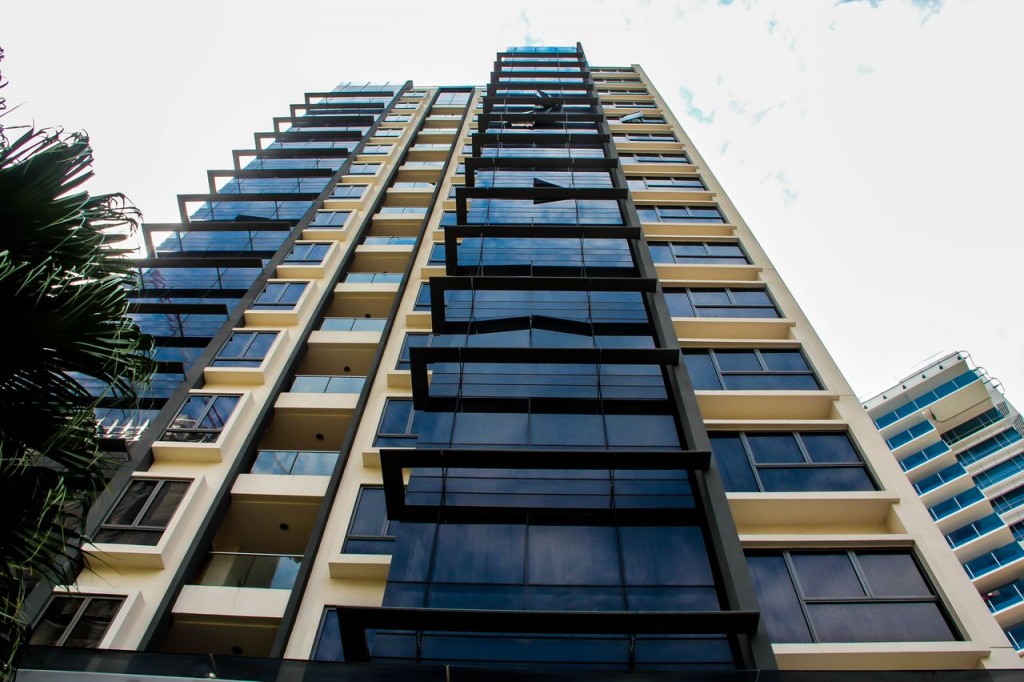 The Government has ramped up the private housing land supply on the Confirmed List under its GLS Programme to 4,090 units for the first half of 2023, from 3,505 units in the second half of 2022.

URA said the supply of private housing on the Confirmed List has been progressively ramped up over the last two years to “cater to strong demand from homebuyers”.

Also included on the Confirmed List are two white sites at Marina Gardens Crescent as well as the Jurong Lake District.

“The injection of these sites and the associated space quantum are well calibrated to avoid an oversupply situation,” said Lam Chern Woon, Edmund Tie’s Head of Research and Consulting.

He expects the white sites “to attract keen bidding interest, given the greater leeway to curate new residential and business communities”.

The HDB will raise the proportion of BTO flats with shorter waiting times of less than three years over the coming years, reported The Straits Times.

However, it will take at least two years for this to happen since the Government’s priority now is to launch BTO flats to meet urgent demand, following severe disruption over the past two years due to the COVID-19 pandemic, said Minister for National Development Desmond Lee.

“But after we get over this hurdle, this hump, we aim to tilt the balance of supply in the mid to longer term,” he said.

“That has been the trajectory even before COVID-19, to build more shorter-waiting-time flats to complement the BTO supply, which would take anywhere from three to five years, depending on location and complexity,” he added.

3) HDB prime location projects only in four towns for now

And even in these towns, the HDB will still decide whether a certain BTO project will fall under the Prime Location Public Housing (PLH) Model, depending on the site’s market value and other attributes like proximity to amenities, he said.

He added that the decision to constrain the PLH model within these towns is to give people certainty.

“People ask if PLH is an amorphous concept. No, it’s constrained to these towns at this point in time, and we look at attributes and market values,” said Lee.

National Development Minister Desmond Lee believe an adjustment on the classification of HDB housing estates as mature or non-mature will come with other policy changes to make sure that flats remain affordable and accessible to a wide spectrum of Singaporeans, reported The Straits Times.

“The current classification causes a bit of disjoint in people’s minds because there are some non-mature estates that command very high application rates,” he said.

“Classification affects both expectation and perception of availability, pricing and demand of new flats. Already you see that the current classification does not necessarily lead to differences on those three parameters,” said Lee.

“We want to make sure the classification reflects ground reality and people’s expectations. That’s the feedback that we’re getting and hence, we’re looking at whether future housing policies need to evolve, bearing in mind the changing face of our estates,” he added.

HDB has revealed some details on how prices of BTO flats are determined as well as their development costs, reported CNA.

HDB underscored that BTO flats are priced with “affordability in mind”, unlike the private sector, which is profit-driven.

In pricing BTO flats, HDB shared that it establishes first the flats’ market value by considering the prices of comparable resale flats nearby.

Related article: Singapore HDB Resale Flat Price Guide: How Much Should You Pay in Q4 2022

A “significant subsidy” is then applied to the assessed market value to ensure that the new flats are affordable for house buyers.

HDB noted that its flat pricing approach is “separate and independent from the BTO projects’ development costs”.

“By increasing the subsidy applied in a rising property market, HDB has kept BTO flat prices relatively stable. This was the case even in the past two years when construction costs had increased by almost 30%,” it explained.

It added that the total development cost, which includes land and construction costs, cannot be fully covered by the flats’ selling prices since the latter is highly subsidised.

Senior Minister of State for National Development Sim Ann said drastically lowering the prices of BTO flats by disregarding land costs would only hurt all Singaporeans, instead of helping them, reported CNA. 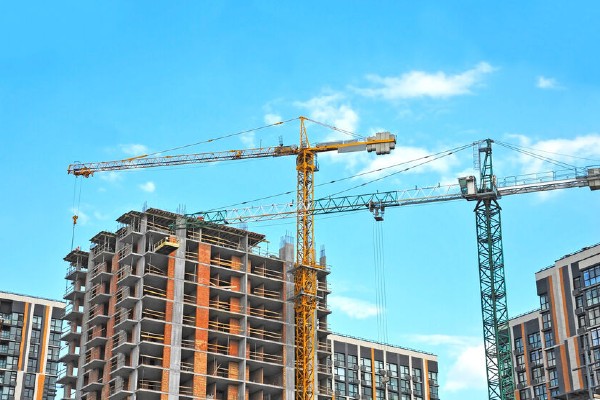 Nicholas Mak, Head of Research and Consultancy at ERA Realty, said it is not fair to compare the prices of today’s HDB flats with those built a few decades ago.

“It is a fact that the prices of HDB flats have increased. But household incomes have also risen over the years,” he said in a commentary posted in CNA.

He pointed out that HDB’s approach is to keep BTO flat prices affordable and “not necessarily at an artificial “low” level”.

He added that keeping BTO flat prices at a “very low” level – or under the level which makes flats affordable for most buyers – would also increase the financial burden on government coffers.

This comes as the Government would have to raise the subsidies for public housing.

Related article: CPF Housing Grant Eligibility in Singapore: How Much Grant Can BTO, Resale HDB Flat and EC Buyers Can Get (2022)

And when BTO flat buyers eventually sell their flats, they will see a very high profit since the flats were acquired at very low prices from the government.

“This profit represents a transfer of funds from the government coffers to the individual flat sellers. This would be unfair to taxpayers who are not eligible to buy BTO flats,” said Lee.

7) First Marina South site launched for sale, may attract bids of over $1 billion 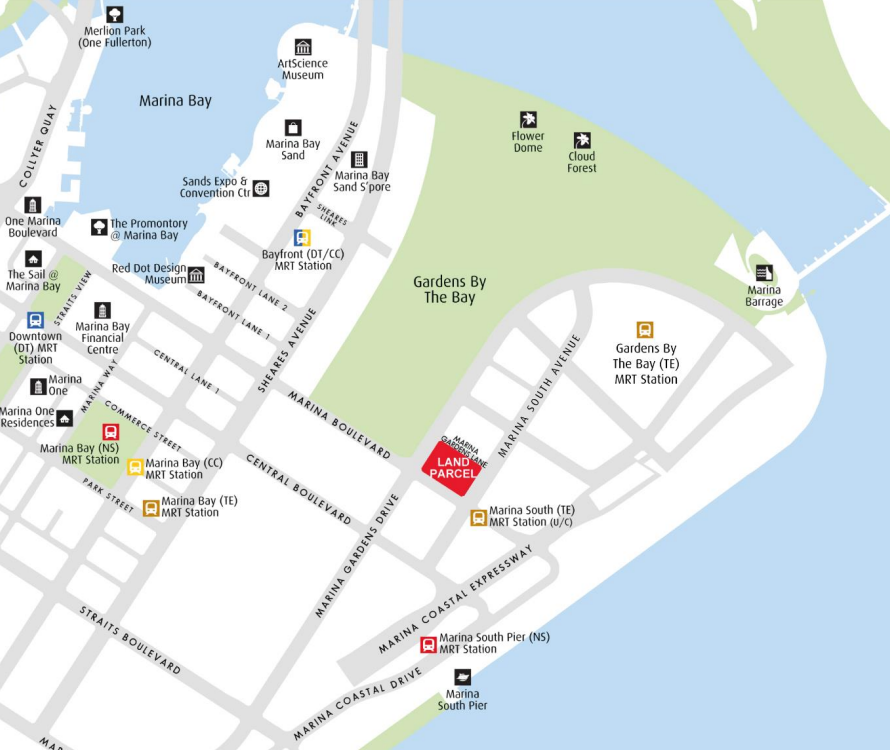 The first Marina South site – which is zoned for residential development with commercial at first storey site – has been launched for sale in a state tender that analysts expect to attract bids of over $1 billion.

Located at Marina Gardens Lane, the 12,245.1 sq m site can yield around 790 residential units and 750 sq m of commercial space.

“It is the first site in the Marina South precinct to be offered for sale and gives the first-mover advantage to both developers and buyers,” it said.

With this, OrangeTee expects the site to attract strong interest from developers, with the potential bid for the site exceeding $1 billion.

The tender for the site closes on 27 June 2023. It will be “batched with an executive condominium site at Tengah Plantation Loop and a Commercial and Residential site at Tampines Avenue 11, both of which will be launched in the later part of December 2022”, said URA. Construction of the Punggol interchange station for the Punggol Extension of the Cross Island Line MRT Line (CRL) will commence in 2023.

This comes after the Land Transport Authority (LTA) awarded the $496 million contract to design and build the interchange station to Woh Hup.

Meanwhile, construction works for a 5km tunnel under Phase 2 of CRL will also begin next year, with the $758 million contract to design and build the tunnel awarded to Obayashi Corporation and Shanghai Tunnel Engineering Co (Singapore).

LTA noted that a portion of the tunnel will run beneath the Central Catchment Nature Reserve.

“Here, the tunnel will be constructed up to an approximate depth of 70 metres below ground level, deeper than the usual 20-30 metres,” it said.

LTA assured that all measures to mitigate the project’s environmental impact will be carried out, adding that it will also “continue to engage stakeholders including the nature groups during the construction works”.

Office rental growth in Singapore is expected to slow down next year as companies assess their expansion plans amid the economic headwinds, reported Singapore Business Review citing Cushman and Wakefield.

However, Cushman and Wakefield expect tight supply to underpin next year’s rental growth.

“Take-ups at new CBD developments have been healthy. Guoco Midtown, poised to be completed by the end of 2022, is expected to be more than 60% pre-committed by completion,” it said.

“The only new CBD Grade A development in 2023, IOI Central Boulevard Towers, would deliver about 1.2 million sq ft of office space and is 30% pre-committed by e-commerce giant Amazon.”

Over the medium term, the CBD Grade A office supply pipeline is limited, with an expected annual supply of 0.7 million sq ft from 2023 to 2027, down from the ten-year annual average of around 1 million sq ft.

Notably, performance across industrial property types is forecast to be divergent, with new economy assets likely to outperform due to tight supply and resilient long-term demand from life sciences, e-commerce and technology.

Meanwhile, outlying business parks and conventional factories are anticipated to register slower growth of up to 1% next year due to a higher supply pipeline.

BTO vs Resale Price Cost Breakdown: Which HDB Flat Type to Buy for Singles in Singapore (2022)