When the 99-year-leasehold private condominium AMO Residence was launched in July 2022, 98% of its 372 units were sold out within the first day of launch, making it one of the most successful launches of 2022.

Shaped like a star, District 20 is basically home to parts of Ang Mo Kio and Bishan, two mature estates that have consistently drawn record home sales in HDB projects like Cheng San Court, Natura Loft and many more.

While we wait for AMO Residence to be completed by 2026, here are several other private condos in District 20 which have made record sales for their respective developments recently:

In September, before the cooling measures came into effect, a 2,379-square-foot penthouse at the 698-unit The Panorama was sold at a record high for the development.

According to Kenny Lee, Senior Division Director from PropNex, who closed the penthouse deal, the unit has an unblocked view of northern Singapore overlooking two reservoirs and the Singapore Island Country Club (SICC) on the left.

It is also near CHIJ St. Nicholas Girls’ school and the Mayflower MRT station on the Thomson-East Coast (TEL) line.

When the sellers for the penthouse unit first approached Lee, he knew that AMO Residence and Lentor Modern were entering the market around the same period.

“The seller, who works in a senior management position in an MNC, was looking to right-size and move nearer to the city. I highlighted that it might be the right time to rebalance his portfolio for two reasons: OCR prices increased during the pandemic’s two-year period, and we were crossing the S$2,000 psf mark,” Lee told us.

“The gap between CCR and OCR prices has also narrowed over the years, so it was a good opportunity for the sellers to move nearer to the city area (CCR),” Lee added.

With proper mortgage planning, the seller timed the sale of his penthouse before his next purchase (so he was not impacted by a hefty ABSD).

The cooling measure on 30 September 2022 also did not hugely impact the seller. According to Lee, the OTP was signed before 30 September.

A month later, an apartment at Bishan’s Country Grandeur, along Lorong Puntong (near Sin Ming Avenue), was sold for S$2.6m, or S$1,803 psf – setting a record sale for the small (68 units), 1996 freehold development. 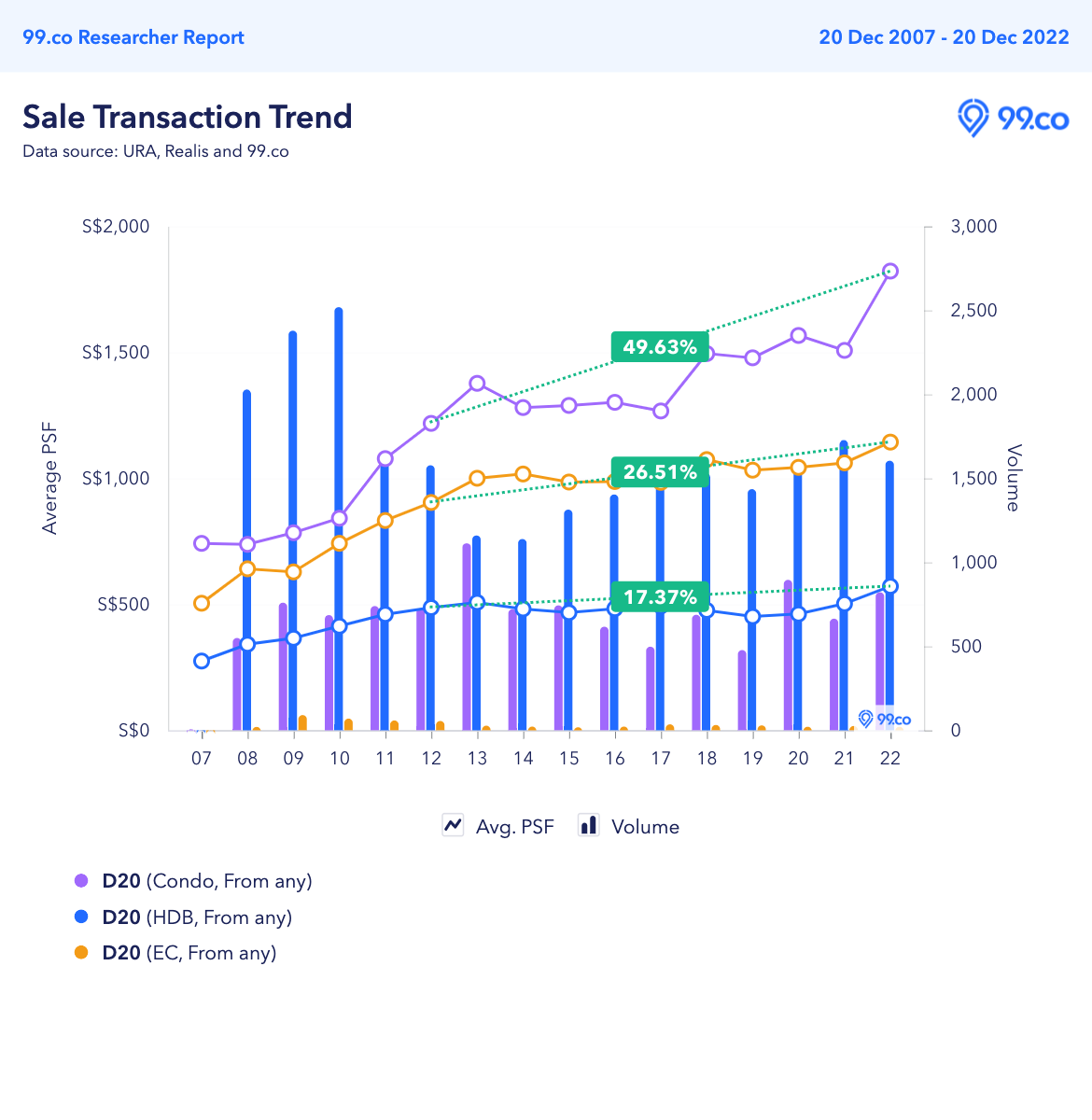 Finally, for HDB resale, most of the higher psf price points are driven from flats at Bishan’s Natura Loft and Cheng San Court at Ang Mo Kio St 51.

Planning to list and sell your house? Let us know in the comments section below, or send us a request to meet with a property consultant.

Understanding SORA Interest Rates: Why You Should Pick a SORA Home Loan in 2023