With rising rents gripping Singapore tenants, many would assume being a landlord in Singapore now is all peachy and fortuitous. Not always.

The public healthcare worker, who’s had a 14-year career, bought the 1,300-square-foot HDB resale flat at around S$376 psf.

Sidenote: If you’re wondering, there are eligibility conditions for renting out HDB rooms, including the number of bedrooms one can lease. For a 4-room or larger HDB flat, the owner can rent a maximum of 2 bedrooms. 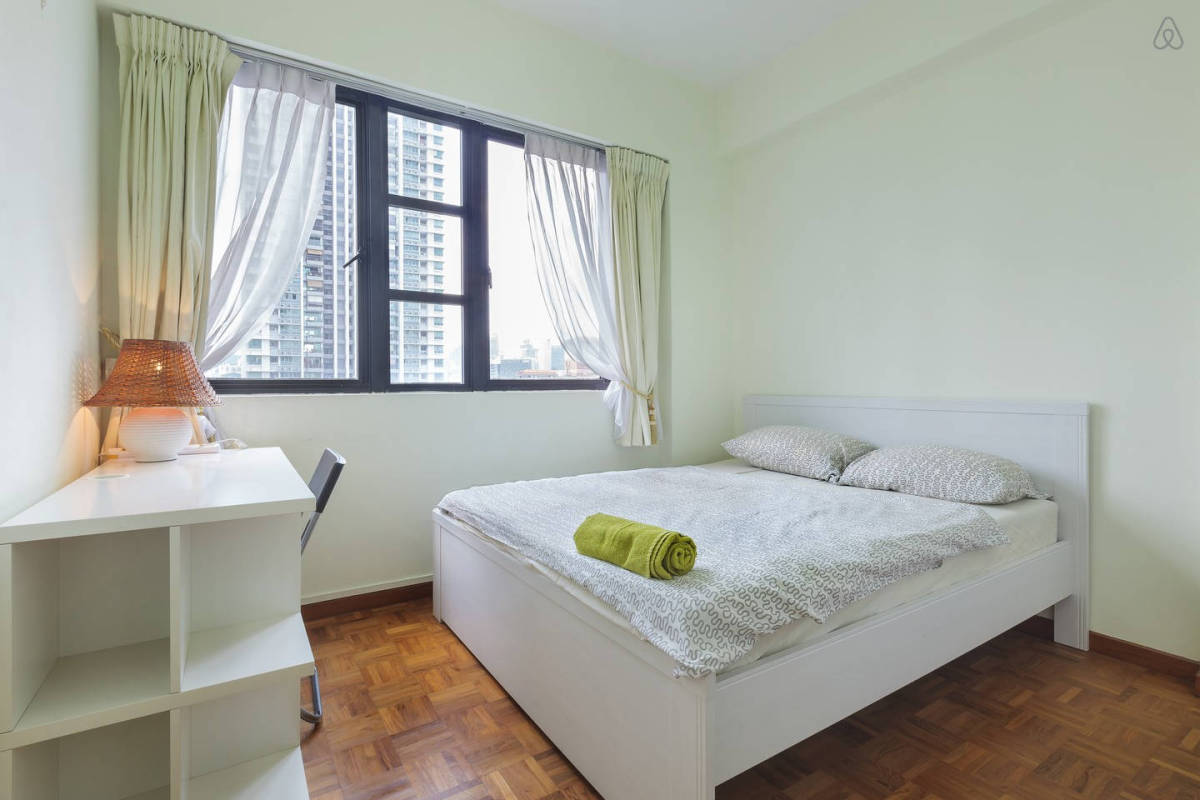 For Henry, since his flat is a 5-room and he has 3 bedrooms, he currently rents out two of them to two different tenants.

Here’s what he shared with us regarding recent rising US interest rates, and their effect on his mortgage loan, managing difficult tenants, etc.

Were you affected by recent US interest rate hikes?

I am using cash instead of CPF to pay off my housing loan. The biggest challenge is how rapidly interest rates are increasing.

I’ve recently refinanced my home loan with a fixed-rate package from a bank, so I’m not as affected by the interest rate hike.

My advice for other landlords is that given how interest rates are rising monthly, landlords need to take immediate action by checking with their bank for available options to lessen the burden.

It is good for landlords to do some projections and forecasts to see if they can sustain their cash flows to service their loans.

What was your refinancing process with the private bank like?

The bank I did my refinancing with was surprisingly automated online, though I went to one of their branches to make additional enquiries. After speaking to the officer, I realised that the process and standard operating procedures (SOPs) were the same as described on their website.

So, I went home and submitted an online application to refinance. The whole process was surprisingly fast. Within 2 weeks of applying, my refinancing application was secured, and I’d confirmed my repricing package. 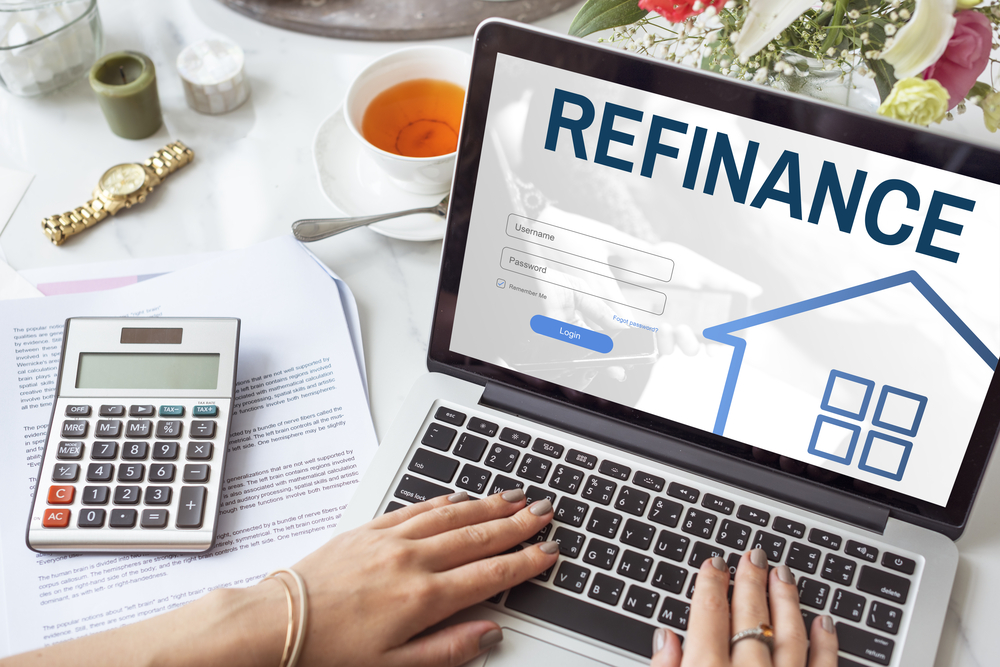 One thing to note is that it really pays to ask questions for more offers if the bank does not give you what you want.

Initially, the bank offered me two different floating-rate packages. I wondered why that was the case and emailed them requesting a fixed-rate repricing package.

They eventually did respond with two different fixed-rate repricing packages. The lesson I learned was that:

1) Loan holders need to research before submitting a repricing request.

2) The first repricing offer from the bank is not necessarily the best, nor would the bank necessarily offer everything it could possibly offer.

How did you find your tenants?

I started searching for tenants immediately after getting my house keys.

I found them within 2 weeks of searching. Before getting my house keys, I also researched a lot about drafting a tenancy agreement.

How much are you charging your tenants? Have you increased rent prices over the past 1 or 2 years?

Each of my two tenants is charged around S$650 a month. This is the same rent I charged them for the past two years; I’ve not increased it since.

It is possible for me to charge an additional S$100 to S$200, but I did not do so because I believe a fuss-free tenant is better for peace of mind.

For any homeowner who is thinking of renting out their spare bedrooms, what advice would you give them?

The first point of reference would be to check HDB rules on renting out bedrooms. For example, the owners must stay in the unit during the first 5 years (MOP).

Another good source would be various blogs on renting out and the CEA (Council of Estate Agencies) website. It provides a standard template for Tenancy Agreement (TA).

As a general rule of thumb, I suggest that as landlords, if one has not cross-referenced at least a dozen different sources (newspapers, blogs, websites), he or she has not done sufficient research.

Next, while I referenced a site to draft a TA, being a first-time landlord can be daunting, so I used 5 real estate agents to help me search for my first tenants.

I later avoided using real estate agents to source for my subsequent tenants and used the original TA I drafted. 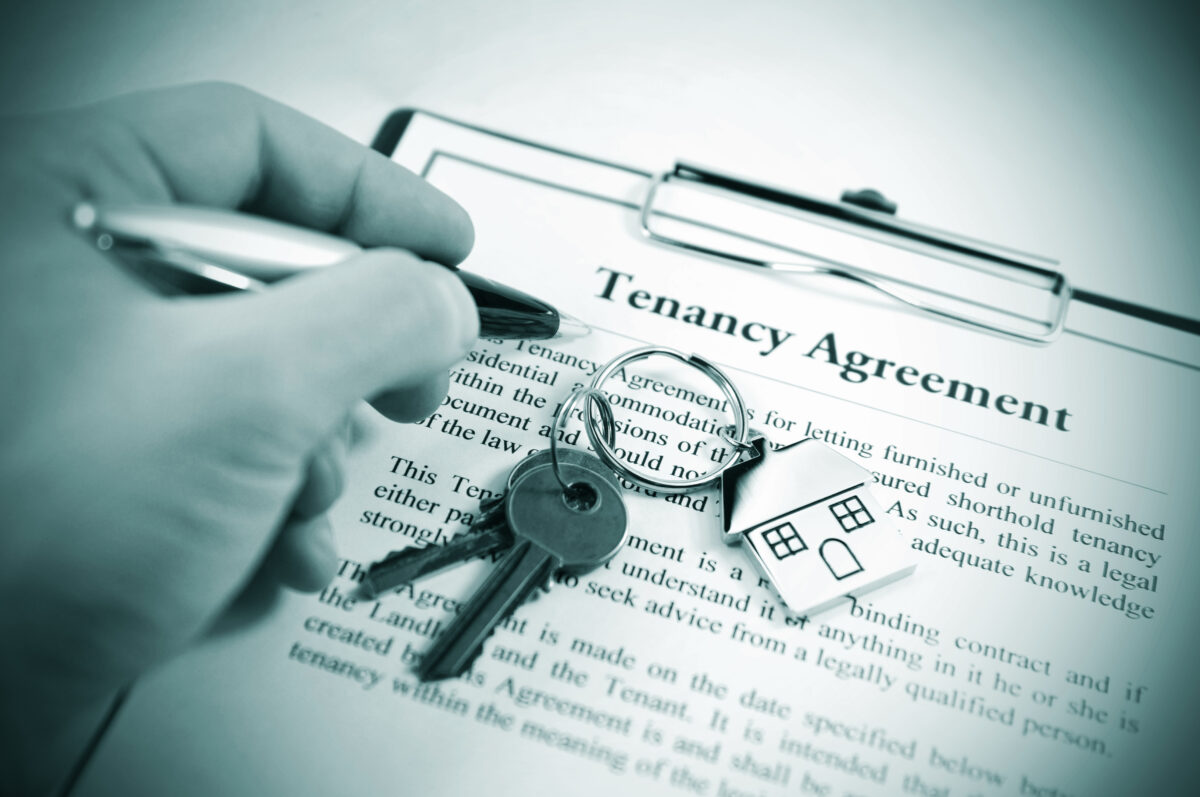 One thing to note is that some TAs I found or given to me by agents were less comprehensive than the ones on CEA’s website. Some TAs ran to less than 3 pages, which was a very bad sign!

Ask friends, relatives and acquaintances who had experience as landlords.

I also learned to double-check information from various sources since I received the wrong information before.

I found that while many landlords are shrewd in identifying good or bad tenants based on small personal details, many are bad at knowing the finer details of crafting a tenancy agreement. This includes crafting a diplomatic clause or a clause specifying the division of funds and responsibilities covering repairs. A diplomatic clause is a clause within the TA which allows a tenant to terminate their tenancy prematurely.

Landlords should always decide what kind of tenant they want and not leave it to the agent to find. That would be unreliable and wastes everyone’s time. The “filtering criteria” should be decided by the landlord and passed down to the agent (if he’s engaging one).

Were there any circumstances where you had to kick a tenant out? How did you handle the situation?

When creating criteria for screening and selecting tenants, once the landlord has decided what he or she wants, do not deviate from this.

For example, I wanted to make sure my tenants could make rental payments on time, so I decided to ensure that all my prospective tenants were all white-collar professionals.

For me, a good tenant is one that:

One tenant, however, was perhaps an unusual case.

A few weeks into his tenancy, he started displaying uncomfortable actions.

For example, he repeatedly slammed his room door and played video games at high volume till 2 to 3 am in the morning. He also shifted furniture and my belongings in the common area outside his room.

When I asked him about it, he said he wanted to move the furniture into his room for personal use without consulting me. There were also situations when he did not switch off the gas stove after use.

There were things I’ve spoken to him about, but he did not change his behaviour.

When I prematurely terminated his Tenancy Agreement, he raised the possibility of dragging the issue to the Small Claims Tribunal and flagged issues using loopholes in the Tenancy Agreement. 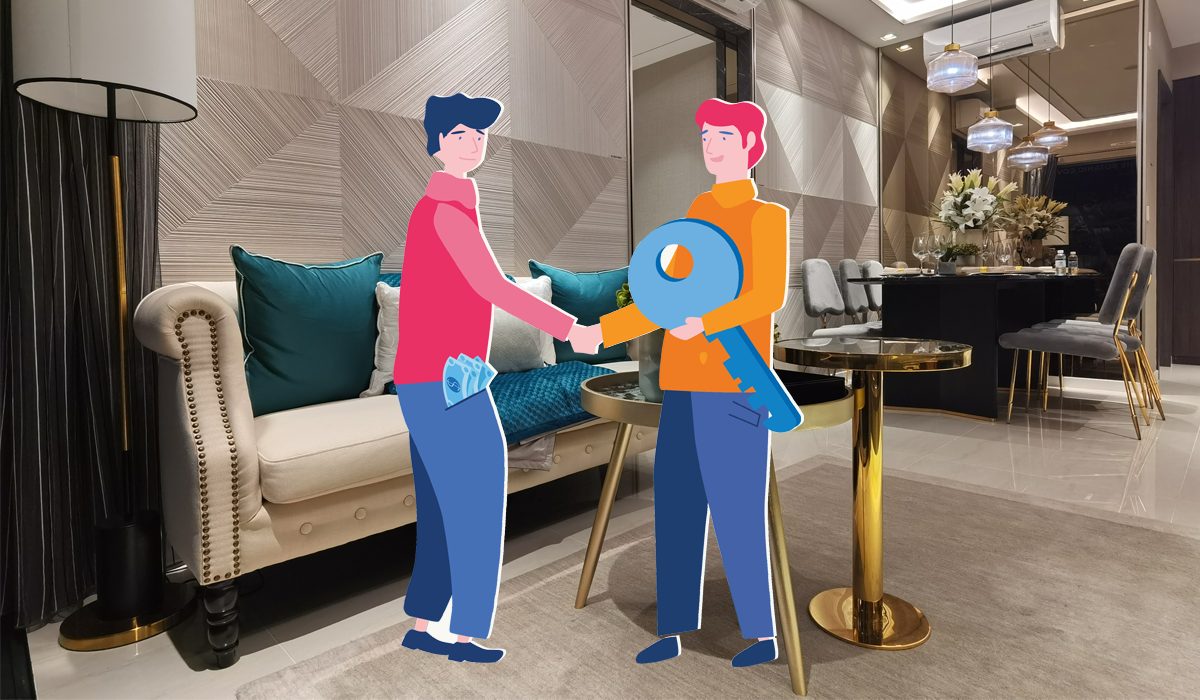 What have you learned from that experience?

The biggest lesson I learned is that tenants don’t change their behaviour overnight. If they had been problematic before, they would likely be problematic again.

That was also when I learned that the Tenancy Agreement must be properly written to avoid loopholes.

I had blindly assumed that a white-collar professional foreigner, a PR, who had stayed in Singapore for several years (and recently graduated from a local university) would abide by the rules of the TA.

In hindsight, I should have asked for more references about his previous rental experiences and got alerted if his answers were vague.

Prospective tenants who have moved frequently or give vague answers when asked could potentially be difficult tenants.

If they’d spent a short period of time at different properties, it might suggest that they have been evicted due to property damage or non-payment of rent. 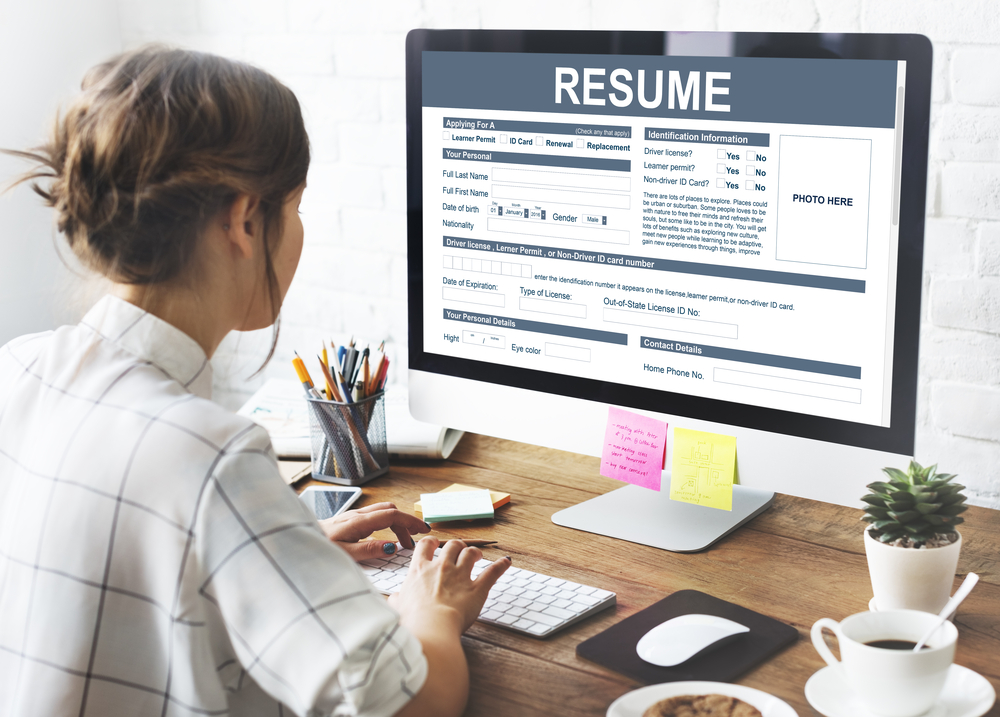 Employment history is also another good indicator of whether they’re stable tenants. Frequent job-hopping could be a major red flag.

For instance, my problematic tenant changed jobs twice in less than 6 months during his stay with me. It is important to ask prospective tenants how long they’ve held onto their current and former jobs.

Finally, what other advice would you give owner-occupier or live-in landlords?

Spend time talking to prospective tenants and be upfront about the dos and don’ts.

Talk to tenants about issues even if the tenancy has already started. If their arguments or excuses seem uncaring (which I’ve encountered before), it indicates a lack to compromise.

My experience is that if tenants display an ability to make excuses and avoid taking responsibility, the same will happen if disputes occur, such as over property damage.

It suggests that these tenants are uncaring of how their actions affect others – not a mentality I would want from a tenant when a property is concerned.

Look out for signs, like if they cannot pay the full security deposit or if they argue on things already pre-agreed as non-negotiable. 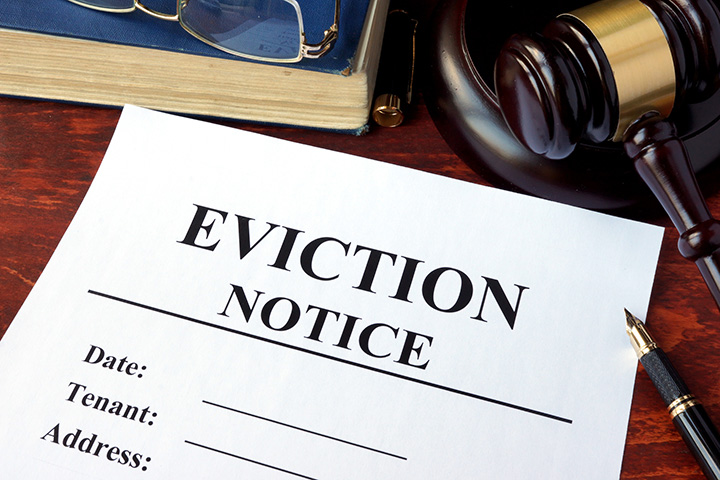 Also, bad tenants can still slip through despite a robust screening process. Landlords should ensure that they have a process to evict tenants without being entangled in disputes, such as being taken to the Small Claims Tribunal.

The Tenancy Agreement is the most critical document, and landlords should take time to understand how it works instead of blindly copying templates from the Internet or outsourcing everything to an agent.

Having said all this, I must stress that it is important for landlords to be fair to tenants overall. Landlords should not attempt to raise rent midway through a tenancy or deviate from clauses in the TA.

For example, with the rental market being red-hot at the moment, many tenants are pressured into renewing their TAs. They may be told that the clauses are the same and forced to sign quickly without being given a chance to read them through.

In the end, they realise that critical clauses, like the diplomatic clause, have been removed.

Planning to sell your house soon? Let us connect you with a property consultant.