Amidst the flurry of BTOs, resale and new launch condos, several ultra-high-net-worth individuals (UHNWI), both foreign and local, made the news when they bought landed properties in Singapore recently. We make a profile list of who’s who and what they’ve purchased and where.

URA Realis’ caveats data showed 16 GCB transactions since the start of 2021, many going at record prices, with demand coming mainly from UHNWI Asians attracted to Singapore’s stability and safe handling of Covid. With travel restrictions in place, the popular trend for UHNWIs seemed to be to acquire more significant residential properties, with enough space for WFH situations, private amenities such as a swimming pool, and of course, sprawling gardens. 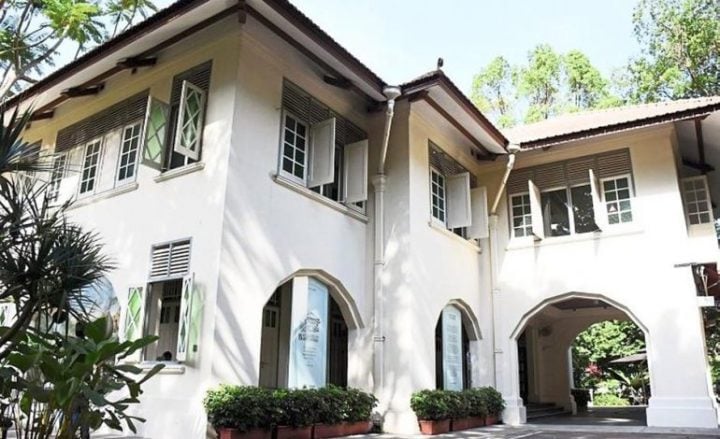 According to an ERA report last August, there are only about 2,800 such lavish GCB private properties across Singapore, making up just 3.8 per cent of all completed landed houses. Each GCB stands at least 1,400 sq m (15,070 sq ft) in size. GCBs are typically the most expensive type of residential real estate in Singapore, found in only 39 designated locations within prime residential districts with only landed properties. Highly attractive to affluent buyers for their scarcity, privacy and prestige status, many such as the ‘Black & White’ bungalows are more than 100 years old, dating back to colonial times.

In addition to being viewed as a highly resilient and attractive property class, GCBs have been in the spotlight since Sir Dyson spent S$41 million for a hilltop GCB in 2019, making it the priciest property per square foot at the time. According to Knight Frank’s Prime International Residential Index (PIRI 100), average prices for luxury residential properties grew by 1.9 per cent, compared to 1.8 per cent for 2019, with 36 sq m of prime property costing US$1 million.

Singapore has seen a very healthy demand for GCBs from foreign investors and HNWIs overseas since 2020. Chinese nationals made up the largest group of foreign buyers, accounting for up to 35 per cent of purchases each month, along with newly minted Singapore citizens from mainland China, Hong Kong and Taiwan, despite Singapore being ranked sixth in Knight Frank’s 2020 list of the most expensive residential markets in the world.

Chinese buyers were increasingly factoring in health concerns into their decisions, attracted to long-stay residential opportunities in safe, first world countries where the virus was under control. There has been no lockdown in Singapore since the circuit breaker. Given its safety record and medical facilities, it’s hugely appealing for wealthy Asian families looking for multi-generational living in large homes.

Since last December, 10 GCBs transacted at above S$30 million, with four costing more than S$40 million, cementing Singapore’s reputation as the top Asia territory of choice for Asians looking to buy a new investment home.

Some of these notable transactions with record-high deals include:

If you found this article helpful, check out What’s the big deal about Good Class Bungalows in Singapore and Despite $10m price cut, bungalow in Yang Yin saga could struggle to find buyer.

Looking for a property to buy or rent? Find your dream home on Singapore’s largest property portal 99.co!

The post Ultra-high-net-worth individuals who bought or sold bungalows or entire property blocks in Singapore recently appeared first on 99.co.

5 Steps To Get Out Of Credit Debt

7 ways to get rid of ants and termites

Ants and termites are common pests found in a lot of homes. The thing about them is that oftentimes, you don’t just find one or two of them, but a colony. Not only are they unsightly, but they can be harmful too. While ants carry bacteria like salmonella, termites can damage your wooden furniture.  Found...

The post 7 ways to get rid of ants and termites appeared first on 99.co.

Fulfilling a woman’s wish: proceeds of her Pasir Ris condo sale to go to charity

Ms Doris Chua, 63, who passed away in March, always had a charitable streak. Her request to donate proceeds of the sale of her home exemplifies her lifelong mission to help the underprivileged even after her passing. “She has always been generous and thoughtful,” recalled Desmond, her nephew. “I remember she was always willing to...

The post Fulfilling a woman’s wish: proceeds of her Pasir Ris condo sale to go to charity appeared first on 99.co.

The Government has been planning the Singapore-Hong Kong Air Travel Bubble since 2020, and it is likely to the first opening of our borders for leisure travel. How will this impact the local property market?
Continue reading
by admin