Rightsizing for Retirement: Moving to A Cosy 4-Room Flat in Henderson

When COVID-19 struck a year and a half ago, Ambun and her husband made a quick decision to downgrade from their then 5-room flat in Bukit Batok and look for something smaller on the city fringe. The pandemic had impacted their income, and they were planning for their retirement days ahead. Practically, a smaller space would also require less upkeep, which would be beneficial to them since they were getting on in years.

The first thing Ambun did was to engage an agent to sell her house in Bukit Batok, which she had lived in for 15 years. Next, the agent did a financial assessment for her and told her candidly that she should look for a house below $400,000 if she wanted to “retire” comfortably. 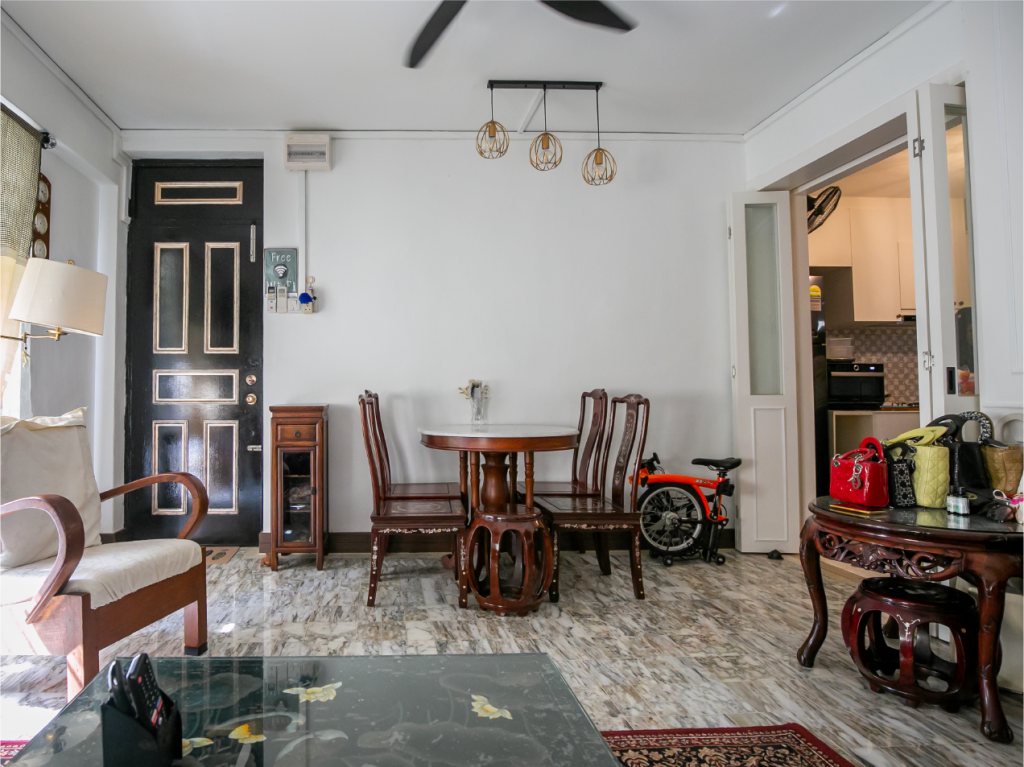 With that, Ambun went into house-hunting mode using the PropertyGuru app to shortlist resale flats within her budget. Having bought their first flat in Bukit Merah, which is on the city fringe, Ambun and Azman wanted to return to this area because of the convenience and its proximity to regular haunts in Orchard Road, Little India and Chinatown.

Her first attempt at shortlisting homes turned up properties in the Stirling Road and Commonwealth area, which was great – except that they were all 3-room flats. “I couldn’t possibly live in a 3-room flat because that would mean my eldest son wouldn’t have a room of his own. This would be a compromise of his privacy, especially since he is married and his wife lives with us,” says Ambun. On the flipside, Ambun feels that the house is smaller but much cozier since they gather in the hall, given their living space is much smaller. 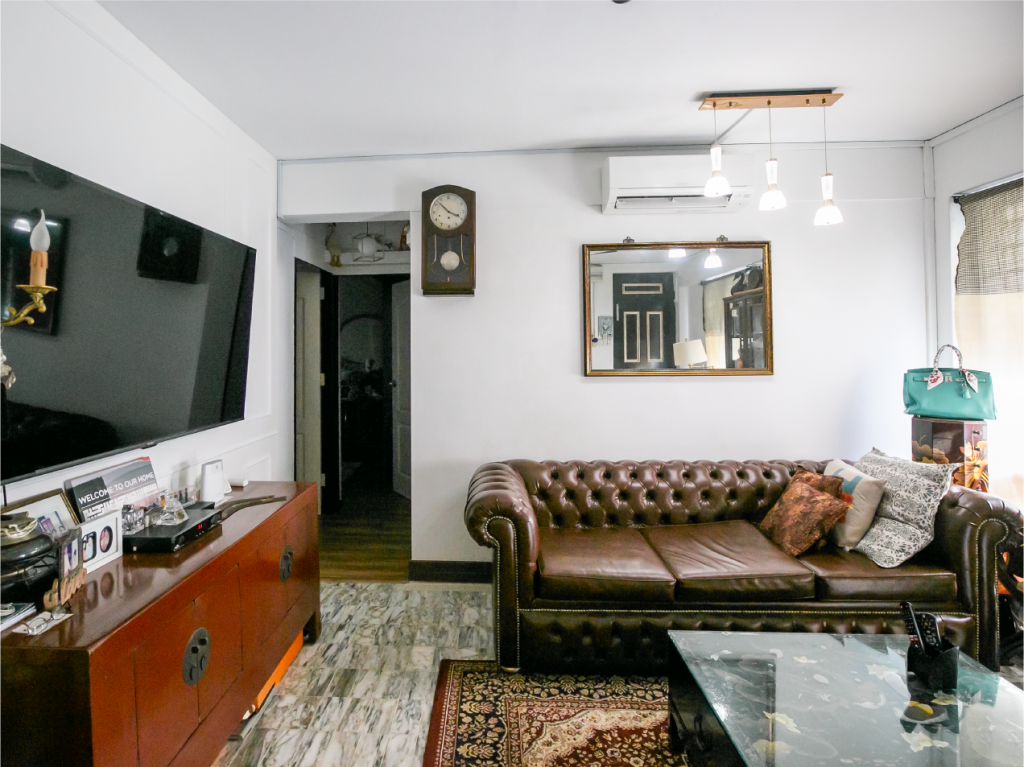 Thus, Ambun decided to refine her search to include 4-room flats. This was when they found the perfect home. “When I refined my search, I couldn’t believe my eyes! I had found a 4-roomed gem on the city fringe, in Henderson Crescent.”

When Ambun and Azman viewed the flat, they fell in love with it instantly. Azman was pleasantly surprised that the back door of the ground floor unit opened up to a garden, which was a community project initiated by the Henderson District. It was the perfect spot for his morning coffee.

For Ambun, the price of the flat, which was $20,000 below her budget, was the biggest draw. HDB’s Ethnic Integration Policy ensures certain units in a block of flats are reserved for buyers of a minority ethnic group, which worked to the couple’s benefit. “I am fortunate to be able to buy the flat at a cheaper price as I could spend more money on the renovation,” says Ambun enthusiastically. 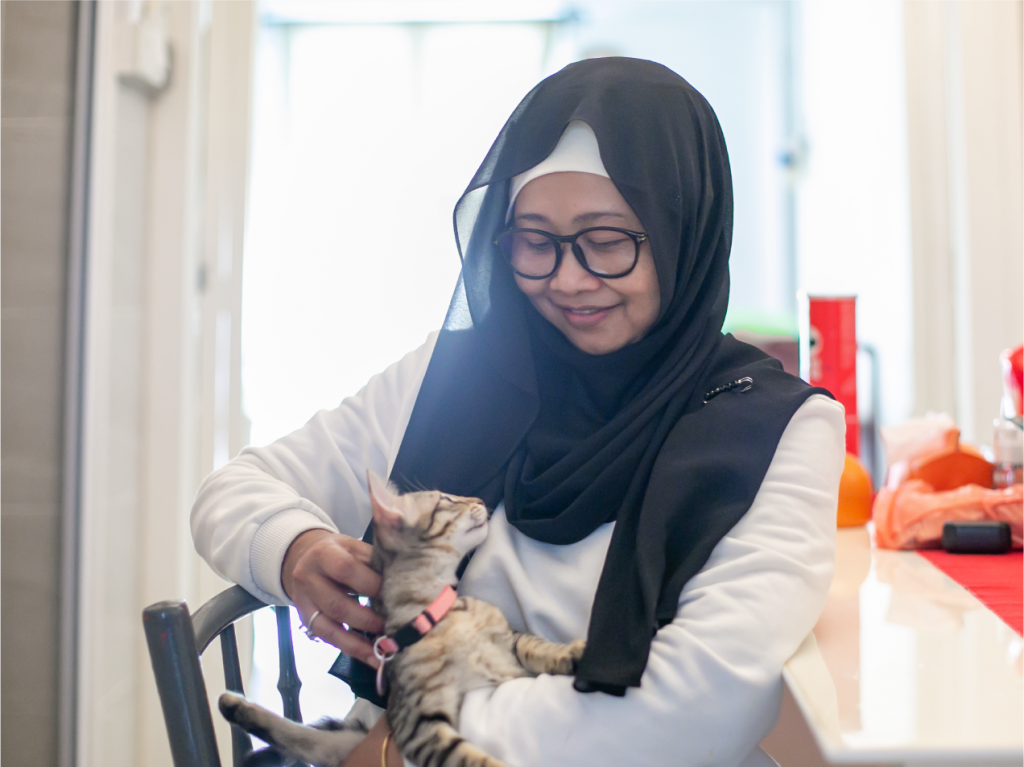 The house, which was about 49 years old, had its fair share of wear and tear. The renovations set them back $50,000, but the couple says it’s money well spent – especially considering the new plumbing and kitchen decor, which gives the house a very cosy and resort-like ambience. Ambun was quick to add that in the last six months, the prices of these resale flats have appreciated by at least $50,000 which is an added bonus  for her.

Ambun shared that at 55 years of age, she has achieved financial freedom. She now has enough money set aside in her CPF Ordinary Account for her retirement and has fully paid off her house. Ambun quips that buying this house was a little bit like putting Marie Kondo’s words into practice and finding the “joy” in simple things. With less physical space in the 4-room flat, she had to learn how to let go of her bulky furniture and only keep the essentials. Ambun decided to sell her car, and given that Azman is so close to town and his workplace is closer to home, long commutes are a thing of the past. While Azman still drives from time to time, he jokes that now he can sleep in a little longer since he doesn’t have to drive his wife to work anymore which improves his work-life balance.

A “Second Honeymoon” in Hendersonville

Ambun loves her neighbours and Ambun and Azman find people at Henderson Crescent very friendly. She feels she fits right into the neighbourhood. She was also surprised to see that there were many young couples living in the block, which can be uncommon for blocks that old. 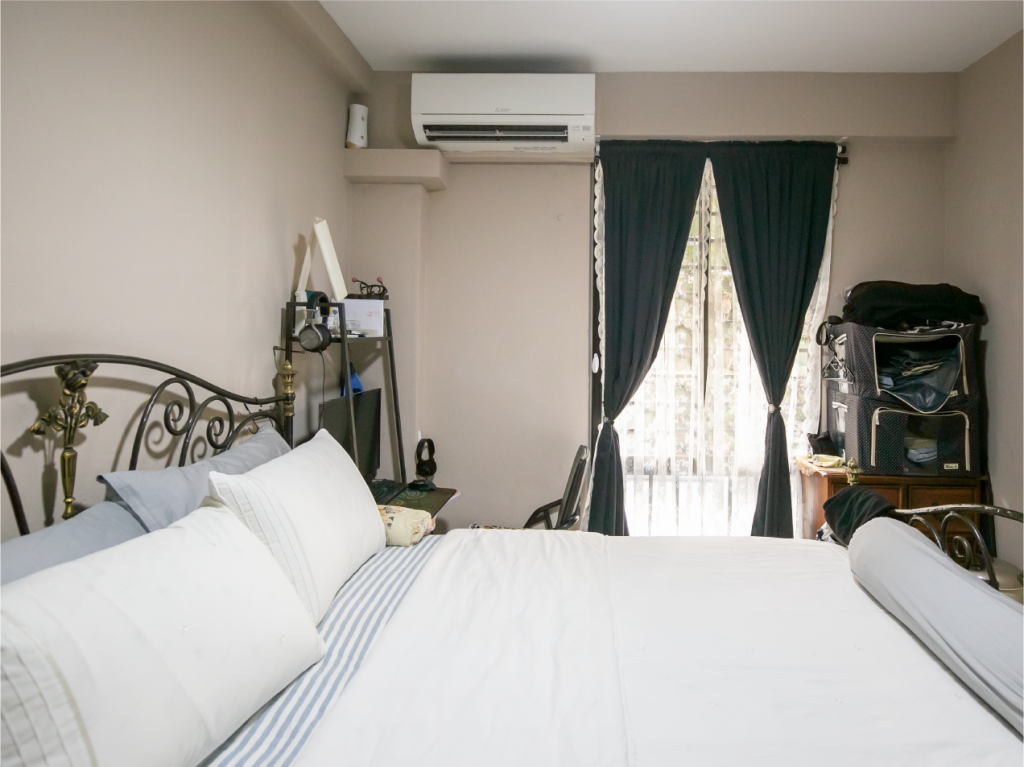 They are also drawn to the beautiful and clean surroundings, which make them feel like they are living in a garden. “It is rare to find large open spaces to walk in these days given the scarcity of land in Singapore but these older flats manage to find the balance between green spaces and livable spaces very well,” says Azman. 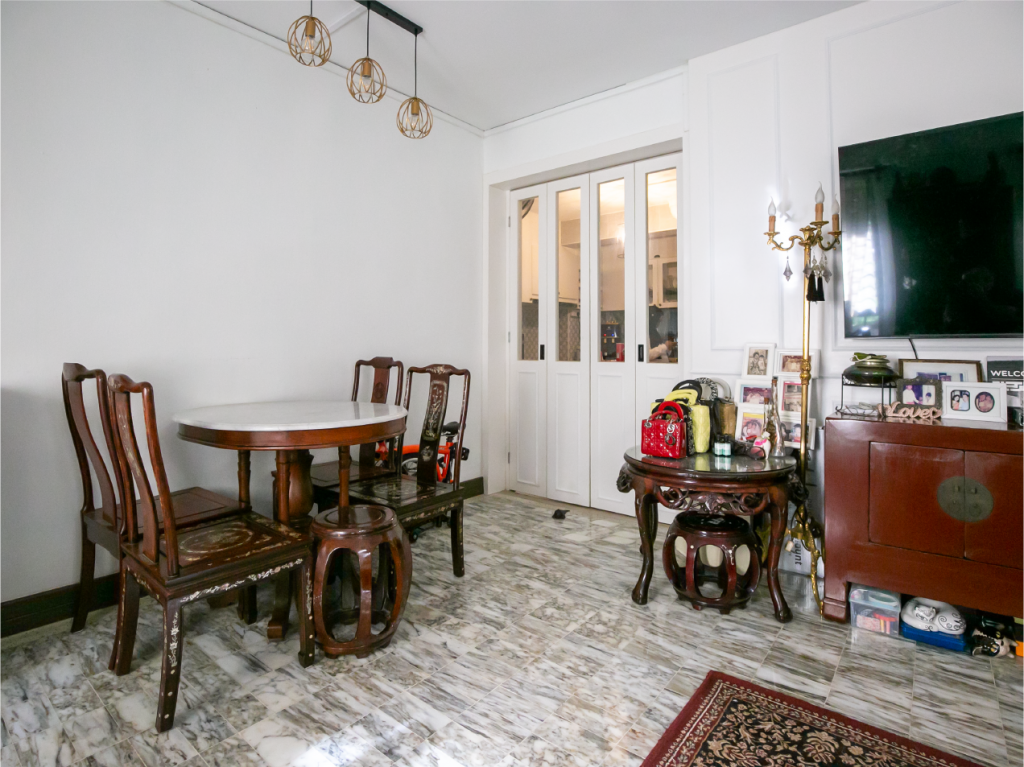 Azman also finds that he is living his second honeymoon because the Tiong Bharu area was where he lived in his courtship days. He jokes that it’s been over 30 years, and he is still married to the same woman and waking up to the beautiful garden view makes him feel like he is living in a resort every day. Azman remarked that his only wish now is that his eldest son will find his dream home nearby and start his family as soon as possible so that they too can savour the joys of growing up and having kids in the same neighbourhood that Ambun and Azman did.

If your HDB flat is MOP-ing this year, is it still a good time to upgrade?

When you purchase a HDB flat, you’re required to complete the Minimum Occupation Period (MOP) of 5 years before you’re allowed to sell your flat on the open market.   If you’re a HDB dweller whose flat is up for MOP this year and looking to make the jump to swankier new digs, here are some reasons why...

The post If your HDB flat is MOP-ing this year, is it still a good time to upgrade? appeared first on 99.co.

Guide to loan-to-value (LTV) limits, based on type and number of housing loan you have

To protect homebuyers from over-borrowing, the Singapore government has set a loan-to-value (LTV) limit for housing loans. In a nutshell, the LTV limit defines the maximum home loan amount HDB or a financial institution can grant you as a percentage of the property’s price or market value (whichever is lower).  The LTV for bank loans...

The post Guide to loan-to-value (LTV) limits, based on type and number of housing loan you have appeared first on 99.co.

These TOP condos will be completed and move-in ready in 2022; perfect for those who don’t quite fancy a resale condo and can’t wait years for a new launch condo to be completed.
Continue reading
by admin