Finding a bigger space for multi-generational living these days can be challenging, especially since HDB no longer builds bigger flats such as executive apartments. So these flats can only be found on the resale market.

To make things worse, resale prices have been on the rise, with more people looking for bigger flats.

Nevertheless, there’s still one flat type that you can consider: 3Gen flats, with the newest batch to be launched in the August 2022 BTO in Ang Mo Kio.

What are 3Gen HDB flats?

First included in the BTO sales exercise in 2013, 3Gen HDB flats are on average 5 sqm (54 sq ft) bigger than the typical 5-room BTO flat. This is because they comprise four bedrooms instead of three bedrooms in a typical 5-room flat.

And more importantly, two of the bedrooms come with an attached bathroom each, meaning these flats come with two master bedrooms.

3Gen flats are more or less the same price as other 5-room BTO flats, with prices ranging from S$315,000 to S$411,000 the last time 3Gen flats were launched in the February 2020 BTO exercise for Canberra Vista.

However, as the name suggests, 3Gen flats are meant to cater to multi-generational families who live together. So they come with stricter criteria.

In general, 3Gen flats can only be bought by multi-generational families comprising of a married or engaged couple, and one set of parent(s).

On top of that, you can’t apply with your parents for the 3Gen flat if they’ve enjoyed at least two housing subsidies. A housing subsidy includes any of the following:

Nevertheless, in an age of shrinking flats, this is attractive to Singaporeans who hold on to old-school family values and would like the entire family under one roof.

Given that HDB no longer builds executive apartments, maisonettes and jumbo flats (they’re now only available through the resale market), 3Gen flats can be an attractive and more affordable option.

But before you make a beeline for a 3Gen HDB flat, here’s what you need to consider

1. 3Gen HDB flats can only be sold to other multi-generational families

This is problematic, because young couples are quite likely the most sizable demographic of buyers when it comes to resale flats. I daresay 3Gen HDB flats are out of the question for some of them — say a young couple who can’t wait for a BTO flat to be built purely because they can’t wait to flee their parents’ coop.

What this all means is that buyers of 3Gen HDB flat buyers are a pretty select group. Certainly, multi-generational homes are not for those who view their flats as an investment to be cashed out in the short haul. The latter category of buyers are better off looking at other options.

2. You save a lot of money, as a tradeoff for the inconvenience

There’s the Proximity Housing Grant (PHG) of S$30,000 for those buying a resale flat to live with their parents, whether it’s a 3Gen flat or not.

For budget-conscious families, this is just one major savings on top of others. You also save a lot of money by buying groceries in bulk, sharing the cost of the utility bill, and by cooking for everyone as a group.

Of course, this has to make up for the possible inconveniences of having everyone under the same roof. 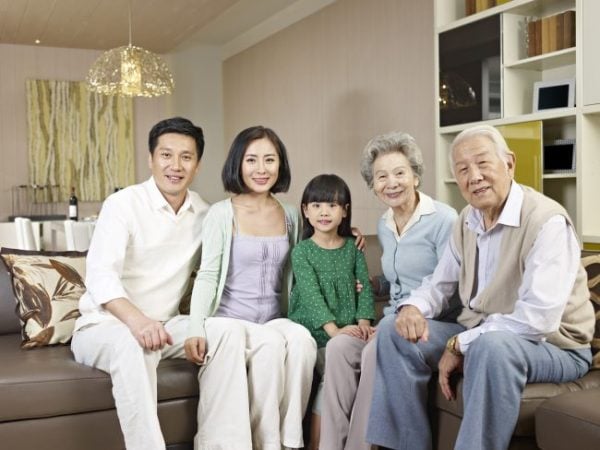 One group of buyers who could benefit are those whose parents require regular care. For example, if your elderly mum or dad needs certain medical procedures to be performed regularly, you may find it better having them under the same roof, rather than having to travel to and from their place every other day.

With everyone playing a part, you and your extended family can also depend on one domestic helper, instead of hiring two helpers for two separate households.

In an alternative scenario, if your parents are still fit and willing, they can double up as free childcare services.

(Please don’t throw anything at me. I’m just saying, young couples financing their first mortgage might save a ton of money, if grandpa and grandma can look after the kids at home.)

3. You can’t rent out the rooms during the MOP

Unlike other HDB flats, you can’t rent out individual rooms until after the MOP has ended.

(Before you ask, yes, you can do that with regular HDB flats that are three-room or larger.)

As we mentioned in point 1, this isn’t the kind of property that appeals to those with an investor mindset.

You may think you can get along with your parent(s) or in-law(s), but remember you are all committed to this living arrangement for the long haul. You could be looking at living under the same roof for the next 10 to 15 years.

Will this make everyone happy and edify the lives of most (if not all) occupants? Do the older folks prefer the peace and tranquillity of living on their own, or are they hands-on grandparents who revel in the pitter-patter of not-so-tiny feet tearing round the house? Would you be okay with your parents or in-laws blasting Cantonese opera in the living room, while you WFH in your room?

It’s best to think long and hard about this, and have frank and open conversations with your parent(s) or in-law(s), so everyone knows what they’re signing up for in the long run. It may be more stressful having to dissolve the living arrangement further down the road than to rule it out from the start.

So make sure all parties look clearly at both sides of the coin. Weigh the pros and cons, and consider a few alternatives should things head south, before committing to a 3Gen HDB flat together. Would you buy a 3Gen HDB flat? Let us know in the comments section below or on our Facebook post.

If you found this article helpful, 99.co recommends What are jumbo HDB flats and where can you find them? and Should HDB build bigger flats?

The post 3 things to consider before saying “yes” to a 3Gen HDB flat appeared first on 99.co.

Will a Debt Consolidation Plan Improve My Chances of Securing a Home Loan in Singapore? (2022)