According to Glenn Jin Wong, the PropNex agent representing the seller, the corner unit is located on the top floor and is a 2-minute walk to Pioneer MRT station. In fact, thanks to its dumbbell layout, the way the owner used the available space of the unit is brilliant.

“For instance, when the owner first bought the place 12 years ago, the common and master bedrooms were adjacent to each other. The owner linked the two rooms together and converted the central corridor into a walk-in wardrobe, which leads to the master bathroom. The other end of the corridor was sealed up,” Wong shared.

As the unit was completed in 2002, it still has about 79 years remaining on its lease. This did not deter many young couples and singles in their 20s and 30s from immediately making an offer for the unit. However, the owner decided to hold out a little longer.

“There are many reasons why some homeowners decided to hold out despite receiving numerous offers. For some, it could be due to ensuring there are enough cash proceeds from the sale to repay their CPF and accrued interest as they approach 65 years old. In doing so, when they meet and maintain at least the Basic Retirement Sum in their CPF Retirement Account, they can draw from their retirement savings and enjoy a comfortable life.”

According to Wong, after marketing the apartment for three months, a young couple in their early 30s, who were direct buyers, made an offer of S$608k. They eventually settled for S$618k, paying a Cash-Over-Valuation of S$38k.

“What drew the buyers to the unit was how space was utilised to create a sense of airiness and the high ceiling (about 2.8-2.9 metres). They loved the place so much and wanted to live near their parents.” 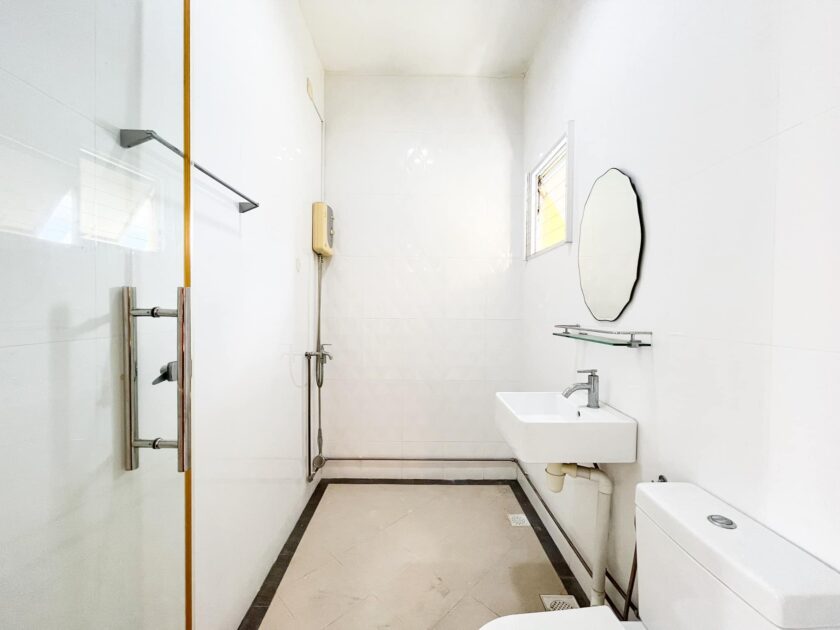 While Jurong West Street 61 now has a new record for 5-room resale flats, breaching the S$600k mark for 5-roomers in the Jurong West area isn’t all that new.

There have been other 5-room HDB resale flats selling above S$600k, including DBSS Lake@Vista flats along Yuan Ching Road. In September 2022, a 1130-sqft 5-room (Improved) flat was sold for S$730k or S$646 psf. Earlier in August, another sold for S$805k, or S$712 psf. DBSS flats are different though, as they include gated access cards, a balcony extension and different room layouts.

Other notable resale transactions include several 5-room flats along Jurong West Street 52, Boon Lay Avenue and Kang Ching Road. For example, despite having about 60 years of lease left, 5-room flats at Blocks 517 at Jurong West Street 52 have consistently commanded price ranges between S$618k-S$688k (one even sold for S$750k in April 2022). One reason for this is that they’re next to the popular Rulang Primary School and Lakeside MRT.

Properties for sale in Jurong West Are you on the lookout for 5-room resale flats as well? Let us know your experiences in the comments section below.

If you found this article helpful, 99.co recommends 3 unique reasons Woodlands will completely shake off its “ulu-ness” and become a valuable, residential neighbourhood and 10 new launch projects within a 10-minute walk of a North-East Line (NEL) MRT station.

The post 5-room HDB resale flat at Jurong West Street 61 made record S$618k sale for the neighbourhood appeared first on .

Is it getting harder to get a BTO as a second-timer?