Over the past few weeks, several developments have taken place that many analysts predict will impact future property prices.

If you’re a homeowner planning to buy or upgrade to a new property beyond the middle of next year, you might want to take note of these changes. 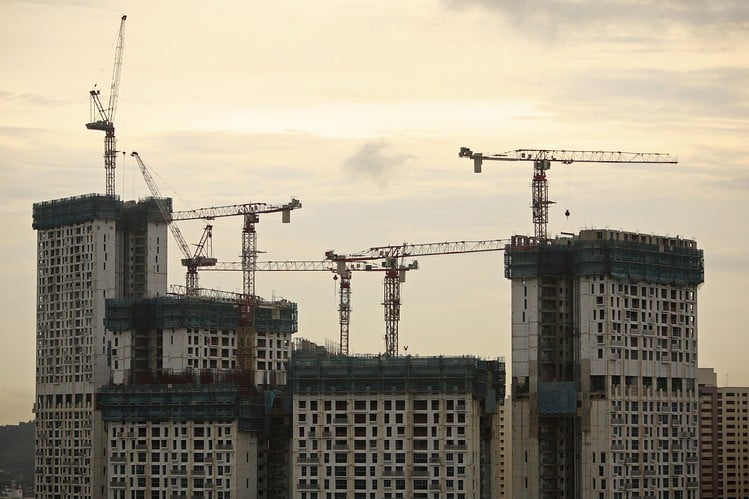 To take effect from 1 June 2023, the intent is to coordinate submissions across agencies and ensure improved productivity for the built environment profession.

SLA, on the other hand, uses strata area to demarcate ownership, but is only measured up to the middle of the wall and may include voids.

Discrepancies like these result in Qualified Persons (QPs) such as architects and engineers spending a lot of time calculating various floor areas to meet different agencies’ regulatory requirements.

Another scenario is when property owners want to carry out addition and alteration works within their strata units. Doing so may increase GFA but not strata floor area. For example, this confusion happens when they add an additional slab over an internal void space.

Thus, from 1 June 2023, the following changes will come into effect:

a. All agencies’ floor areas will be measured to the middle of the wall.

b. All strata areas will be included as GFA.

c. All voids will be excluded from the strata area.

In essence, the harmonisation will help ease submission processes to fulfil different agency regulations and everyone can live harmoniously from 1 June 2023 onwards, right?

Since all strata areas will be computed as GFA, all previously uncovered areas that form part of the strata area (but not GFA) will now fall under GFA.

If you remember in 2009 and 2013, URA had to revise the rules to include planter boxes, bay windows, private enclosed spaces and private roof terraces as GFA (when they weren’t prior).

What happened then was that developers were creating balconies with large planter boxes and wide-open private roof terraces (because they’re cheaper to construct than interiors) and charging homebuyers a significant amount for them.

The same thing happened to air-con ledges too, which at the current moment, are not counted as part of GFA (as long as they’re up to 1-metre wide). 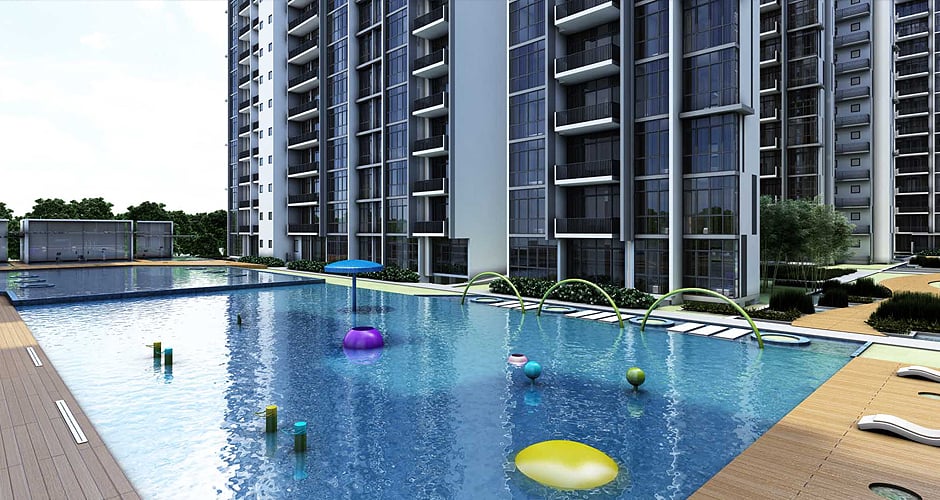 In 2017, 200 homeowners in La Fiesta in Sengkang, complained that some of their air-con ledges were up to five metres long (or around nine square metres) – enough to build a common bedroom these days.

In general, private condo developers usually earn 4 to 5 per cent of the total saleable area for aircon ledges. The affected La Fiesta residents estimated that they paid an average of S$18m in unused space for those ledges.

So, with the upcoming rule change from mid-2023, air-con ledges that are part of a strata unit will count as part of GFA – which should provide some relief to concerned homeowners.

This is because with air-con ledges now being part of GFA, developers are now forced to rethink how best to optimise the use of total floor area for the apartment – since they form a factor in the maximum number of units developers can build and the eventual psf price.

Note, however, that for the maintenance and security of air-con condenser placements, QPs should still comply with BCA’s design. In general, most air-con ledges should be three to five square metres (about 32 to 54 square feet) and will take up 3% of total floor space.

As the total saleable area against GFA (after GFA bonuses like balcony incentives, etc.) decreases for developers, they’ll need to now find new ways to increase efficiencies, such as reducing construction cost or bidding (and hopefully winning) land parcels at a lower price.

This may not necessarily be the case all the time, especially for hotly contested land parcels and higher construction costs in a post-pandemic world.

In other words, some of these costs may be passed on to homebuyers in the form of higher psf prices. It is thus prudent to closely monitor winning land bid prices before and after June 2023.

Alternatively, we may see some future developments where air-cons for several apartment units from the same block are combined in a common area, which would exempt them from GFA calculations (up to 2 metres in width).

Another potential change may see better-ventilated designs to improve wind flow into the house, in lieu of additional air-con condensers (and thus, smaller ledges).

2. Land Betterment Charge rates increased for both non-landed and landed residential use due to recent high-value land sales

Being a consolidation of the Development Charge (DC), Temporary Development Levy (TDL) and Differential Premium (DP), LBC is reviewed and revised every 6 months and is a payable tax when developers want to enhance a site (eg. additions and alterations) or build bigger projects (eg. en blocs).

For the period between 23 September 2022 to 28 February 2023, the LBC rate for non-landed and landed residential developments have increased by an average of 12.9% and 10.2% respectively.

We should point out that the average DC rate increases for non-landed and landed residential developments in the prior 6 months (September 2021-February 2022) were 6.3% and 10.9% respectively.

Based on the average rate increases across all four property types, it shows that land values from recent sales, such as en blocs (eg. Lakeside Apartments and Park View Mansions), shophouses, offices, retail and so on, have generally gone up.

With higher LBC rates, some developers may steer clear of participating in en blocs, or if they do, some of these redevelopment cost increases may end up being transferred to future homebuyers.

3. Revision to the sale of remnant land

The third change we want to highlight is the recent rate charge for the sale of remnant land.

Remnant land is State land which is incapable of independent development due to its small size or irregular shape.

They can sometimes be amalgamated with adjoining private lands to enhance the economic value and use of the private land.

Prior to 1 September 2022, the value of remnant land is based on 50% of the full land value. This value is determined by applying a factor of 5/7 to the applicable Land Betterment Charge (LBC) rate.

However, from 1 September onwards, remnant land will be valued for sale based on 100% of the full land value for all property types (except places of worship, and civic and community institution use, which remains at 50%).

The value will be determined by applying the factor of 10/7 to the applicable LBC rate.

This will definitely impact collective sales which include purchasing remnant land to enhance gross floor area. Once again, the higher cost here may end up being transferred to future homebuyers in the end.

Any thoughts on how developers can better optimise their future property developments in light of these various cost increases? Let us know in the comments section.

If you found this article helpful, check out Development Charge (DC) rate for landed residential sector rose an average 4.8% after previous 6.3% increase and Private Enclosed Spaces (PES): Are you paying too much for them?

HDB SBF (Sale of Balance Flats), Open Booking of Flats, or Resale Flat: Which Should You Buy?