Exhuming the remains of loved ones and building homes upon hallowed ground sounds like a bad idea (and the premise for a horror movie) but Singapore’s been doing it for decades.

To other cultures this act may appear callous but for Singapore, it’s a necessary thing.

Yet, building on former burial ground brings its’ share of misconceptions, least of all the expectation of residing in a literal ghost town; haunted by the angry spectres whose eternal rest were disturbed. 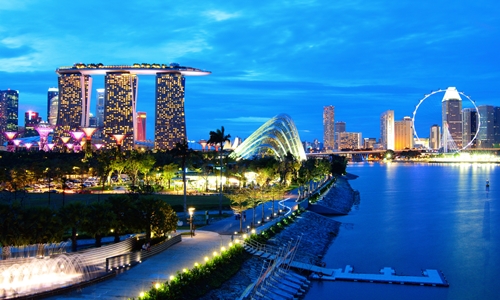 There are many popular haunts in Singapore

Alas, while this gothic notion of ghosts haunting graveyards is an old one, it’s also incorrect. Ghosts haunt the places of their death, and unless they died in a graveyard, that’s not where they’re going to be. In fact, the graveyard is probably the safest and most peaceful place to be in. Old Changi Hospital however…

Suffice to say, while the older generation may balk at the idea of living in a former cemetery, the younger generation has shown little to no discomfort at the thought. With rising costs and town centres becoming more populated, anything new and relatively cheaper turns into a focal destination.

If you’re still iffy about putting down roots on consecrated ground, here’s a short list of former cemeteries whose grounds you’ve undoubtedly traversed.

In the 1950s, this popular and iconic shopping and commercial centre along Orchard Road was a former Teochew burial ground that spanned roughly 72 acres. Known then as Tai Shan Ting (which encompassed ION as well), the plot of land was overseen and managed by Ngee Ann Kongsi. 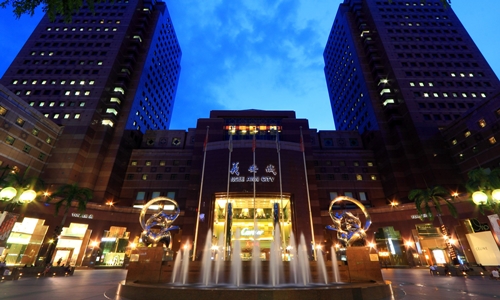 When the bones were exhumed after plans were drawn to redevelop the land into the building we all know today, unclaimed remains of some 34,000 were cremated and placed at the Teochew Memorial Park in Yishun – set up by the kongsi.

Today it’s a shopping mall best known for Kinokuniya, one of the last few big-name book stores in Singapore among other quality brands like Cartier, Armani Exchange and of course the anchor tenant, Takashimaya, for whose local slang of Taka is used is used interchangeably with Ngee Ann City.

Acquired by the Jewish community in Singapore in 1900, the hard-to-miss Novena station (on account of its green tiles) on the busy North-south line contained burials from 1904 to 1973. It was cleared for the construction of the underground station.

Today Novena is sort of like a micro-CBD, with three malls and plenty of office buildings including IRAS. Thousands of people walk around, shop and dine in what once was a cemetery.

It’s impossible to write such an article without mentioning Bishan, and rightly so. Bishan, the HDB estate home to million-dollar flats was once a large burial ground for Cantonese and Hakka immigrants. Known then as Pek San Teng, it was established in 1870. During World War 2, the burial ground became a hotbed for fierce fighting between the British and Japanese forces.

After the war, the graves attracted a different kind of spook. Gangsters populated the area, turning it into a hide-out. Crime in that area, unsurprisingly became rampant. In 1973, the government closed the cemetery. In the 1980s, HDB expanded further into the area. 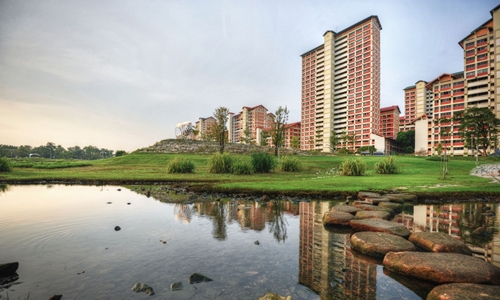 Bishan is a picturesque estate these days

Today, Bishan is one of the densest population centres in Singapore and one of the more popular in large part thanks to its infrastructure and non-brutalist designs of HDB flats; unlike other towns developed around that period.

In the 80s and 90s, Bidadari cemetery was synonymous with sightings of the supernatural kind. The Gurkha Contingent would use its trails as a running route; yet another accolade to their tougher than nails impression.

Lately, this ghost town is developing into a growth town; one that, despite its taboo attachment, has generated much interest from young Singaporeans ready to own their first home. Case in point, its’ 5-room units were more than 15 times oversubscribed.

Originally an avenue of lamentation by locals horrified that a heritage site was being exhumed in the name of progress (also, ghosts), Bidadari Estate’s excellent location serviced by both the North-east and Circle lines as well as its’ green and sustainable framework quickly derailed those objections and turned disdain into anticipation. Its’ ‘community in a garden’ concept was well-received, not to mention Bidadari above all existing and upcoming estates is utterly unique by historical standards. For instance, the island’s first underground and air-conditioned bus interchange will be built here, beneath the BTO flats. A neighbourhood garden is built above it, adding natural beauty and eliminating the eye-sore of the man-made structure.

Bidadari is positioned as the next big thing and it’s easy to see why. It has affordable units, a green and sustainable ecosystem built into the entirety of the estate, integrated transport, two train lines, good schools and not to mention, is connected and surrounded by matured towns Serangoon, Paya Lebar, Toa Payoh and Marine Parade/East Coast.

There are some cemeteries left in Singapore but it’s unwise to assume they would remain undisturbed for long. The government encourages cremation and since new towns will continue to pop up, burial sites continue to represent – economically – unused prime real estate. 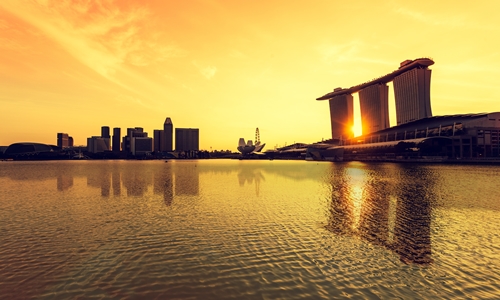 In a 100-years, Marina Bay Sands may not be the icon it is now

Singapore takes an inexhaustible approach toward redevelopment so the landscape of the country in 20, 50 or a 100-years from now is going to be justifiably different from today. In that time, it’s conceivable that there won’t be any graveyards left.

What we’ll have is plenty of new homes where our family members can continue to reside with us, albeit in urns set lovingly upon our mantles.

Looking to purchase a new home? Read our in-depth reviews of all new launches or check out our buy/rent guides.

6 design ideas on a small budget