The mention of Geylang during any casual conversation will often trigger some sort of sarcastic response among locals and residents in Singapore. Geylang with its infamous red-light district is hardly taken seriously as anything other than a den of vice to be shunned by members of polite society. Even prolific condominium developers shy away from mentioning Geylang as being an option for amenities despite the location being extremely convenient.

But despite its weary image, Geylang is often known for its contemporary conservation shop houses, and has a rich history Singaporeans just cannot afford to lose. And not to mention, there are various food joints and hawker centres literally at every corner and along every road in the area which makes Geylang one of, if not the most, dense district of eateries on the island.

In fact, Geylang is more well-preserved relic than it is red-light but the only way for people’s opinion of it to change is for the district to shed its current image; and that is something that is currently in the works.

The Housing and Development Board (HDB) recently announced an upcoming built-to-order (BTO) sales launch for May 2017 at two plots close to Dakota MRT station along Old Airport Road.

Source: Housing and Development Board (HDB) (A close-up view of the flats offered in Geylang HDB town in May 2017)

Details of the latest flat offerings in Geylang

The two HDB developments, ‘Dakota Breeze’, and ‘Pine Vista’ have their own unique features. According to the site plan for Dakota Breeze, it will have five, 18-storey residential blocks with 954 units of 2-room Flexi, 3 & 4-room flats. Some 4-room flats in Dakota Breeze includes a balcony in the living room.

The second development, Pine Vista, counts two, 18-storey residential blocks. There will be a choice of 319 units of 2-room Flexi, and 3-room flats.

Both developments, Dakota Breeze and Pine Vista are expected to be completed by Q2 2021 and Q4 2020 respectively. 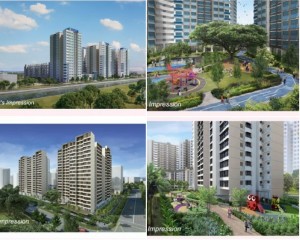 Amenities near both HDB developments

The two HDB developments are conveniently located near schools like Broadrick Secondary, Kong Hwa, Dunman High, and Cheung Cheng High (Main). The Old Airport Road Hawker Centre, and wet market next door is also close to both developments. Another MRT station, Mountbatten, is situated across the wet market.

Their location affords both developments quick and easy access via car or public transportation to the city centre. Buses like 16, though long, will pass by City Hall, Dhoby Gaut and Orchard. In the opposite direction, it goes to Joo Chiat, Katong, Marine Parade and ends up in Bedok Interchange.

The various recreational facilities nearby include the Geylang Park Connector, Sports Hub, Kallang Practice Track, Kallang Theatre, and the Singapore Indoor Stadium. The Kallang Wave Mall, and Leisure Park Kallang mall is a short walk from Stadium MRT station, which is one stop from Mountbatten MRT and two stops from Dakota MRT.

The latest pricing details for both built-to-order (BTO) developments in the Dakota neighbourhood was published along with the sales launch announced on May 18, 2017. Based on the median prices of 3-room and 4-room HDB resale transactions, from Q2 2007 to Q4 2017 prices were at $287,000 and $457,000 respectively for the entire Geylang HDB town.

The latest BTO pricing for both the 3-room and 4-room flat types in Dakota appear to be marked at a premium.

It is possible that pricing for the BTO flats could have been influenced by market transactions in the Dakota area, a price markup by the government, and the various amenities located within walking distance, including Dakota MRT station. Also, the latest BTO pricing were absent the various subsidies offered by the government. 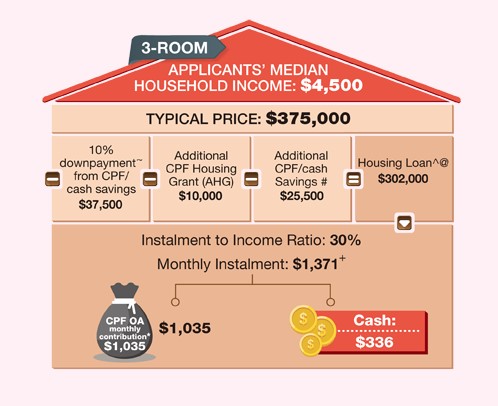 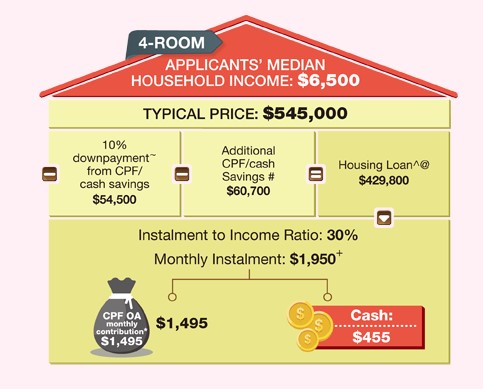 If the various government subsidies were included and matched with the mortgage servicing ratio of 30% for second-timers and above, the net price in the form of a housing loan for a 3-room and a 4-room flat in Dakota are around $302,000 and $429,800 respectively.

Based on comparable HDB resale prices near the Dakota area, prices are generally lower, and is a contrast from the previous section, where the comparisons in pricing were between the new BTO flats in Dakota and the entire Geylang HDB town.

Based on comparable HDB resale prices near the Dakota area, prices are generally lower, and is a contrast from the previous section, where the comparisons in pricing were between the new BTO flats in Dakota and the entire Geylang HDB town.

Additionally, the lower pricing does represent some extra advantages for a potential home owner, given its proximity to the city centre and MRT stations.

Moreover, if a successful applicant were to move in and live in the neighbourhood for the mandated five-year Minimum Occupation Period (MOP), there will be opportunities for price appreciation.

As expected, the application rates for the 3-room flat units and above received an overwhelming response, particularly for the second-time applicants seeking a 4-room unit at the Geylang Dakota Breeze development. The application rate recorded for second-timers for this 4-room type unit is 25 times at the close of the sales launch on May 24.

It is possible that one of the reasons for the relatively high application rate for this development is due to its proximity to Dakota MRT station, whereas the Geylang Pine Vista development is located closer to Guillemard Road, and therefore, a distance from both the Dakota and Mountbatten MRT stations as shown in the map (Fig 1.)  above.

Development plans for Geylang under the 2014 URA Master Plan

Under the current 2014 Urban Redevelopment Authority (URA) Master Plan for the Geylang HDB town, the government has plans to transform Paya Lebar Central into a Sub-Regional Centre, with the present Paya Lebar Square. 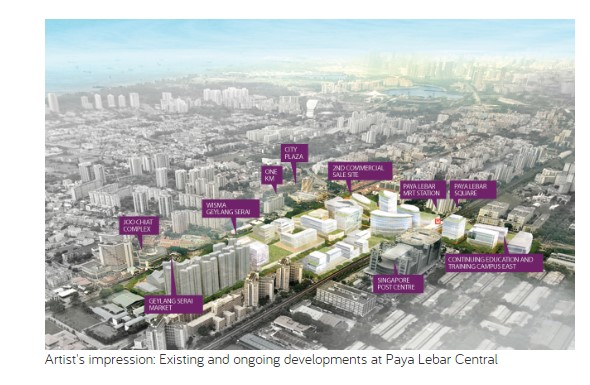 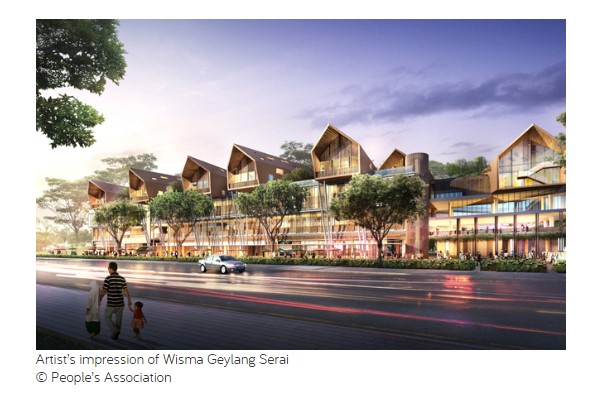 The present Paya Lebar Square and the industrial estates of Eunos, Ubi, Kaki Bukit, MacPherson, and Tai Seng, among others are currently serving the employment needs of many residents around the HDB towns of Bedok, Geylang, Marine Parade, Kallang/Whampoa and other HDB towns outside of the Central Region.

Moreover, with the Paya Lebar Central occupying one of the largest land spaces at 12 ha, this translates to approximately 53,819,55 sq ft. of commercial floor space which could ideally serve as a retail and commercial hub for residents nearby.

Although this article was opened with the affidavit of Geylang as a red-light district, the latest news that show an overwhelming response from flat applicants for the 3-room and above units in the Dakota area, has disproved many misperceptions of living in Geylang.

Geylang is indeed a vibrant town, and will be more so particularly when the government initiates plans to develop the Paya Lebar Regional Centre, and to move the Paya Lebar Airbase to Changi in the years to come.

The amenities and attributes have bolstered the profile of Geylang, and the town is gradually shrugging off its heavy association with vice in all its forms.