Mont Botanik – Affordable Luxury In The Heart Of Nature

Special Advertising Feature: Tuan Sing’s Mont Botanik represents that rich dichotomy between having flora and fauna in its surrounding without sacrificing the convenience of being connected.

From its origins as a sleepy region in Singapore, the western part of the country has since transformed into a lifestyle and commercial destination, and more developments are still in the pipeline.

It all began with the announcement of the Jurong Lake District project as part of the 2008 Masterplan. The Government had said that it plans to transform the area into Singapore’s second central business district (CBD), with works slated to complete in 2040. The redeveloped Jurong Lake District will be a 360-hectare mixed-use business district with four connecting MRT lines, housing, amenities and plenty of green spaces.

The announcement sparked off a massive revisualization and revitalization of interest in the region, and this can be seen in the pricing growth in Western homes over the past decade.

The rise of the West 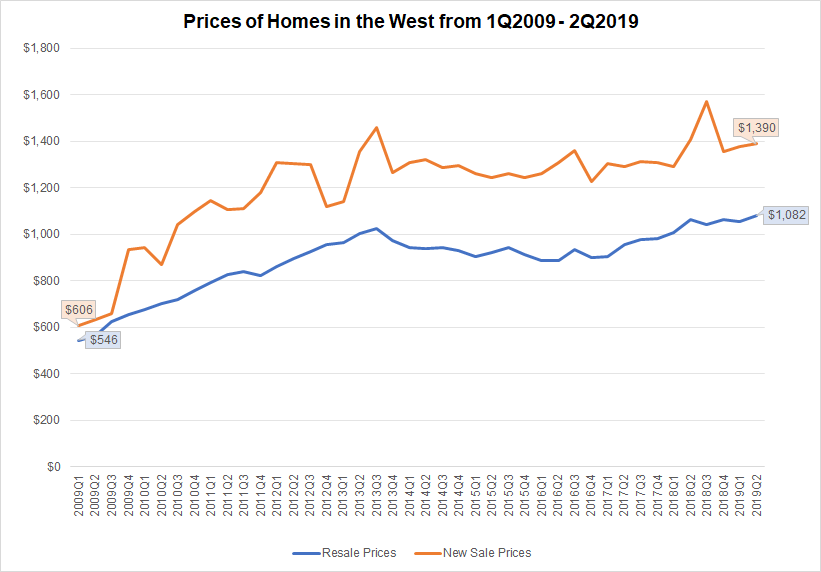 However, even with the historical price increases, there appears to be further opportunities for upside as the growth story in the West continues under the direction of the URA Draft Masterplan 2019.

In this regard, there are many property offerings that seem poised for buyers and investors to capitalize on both the tranquility of the area and the many modern improvements to come, and one particular project that stands out is Mont Botanik.

Situated in District 23, Mont Botanik is wedged in between Choa Chu Kang and Jurong. In this regard, it benefits greatly, not just from the upcoming Jurong Lake District but also the updates to Choa Chu Kang, which include new park spaces, amenities, and communal facilities such as a new Safra clubhouse.

For Mont Botanik, not only do residents have easy access to two nearby hubs, they have an abundance of greenery around them. All around Mont Botanik are the Bukit Timah Nature Reserve, Bukit Batok Nature Park and the most beautiful site on Singapore – Bukit Batok Town Park, home to Little Guilin.

The area therefore, is appealing, because it is some distance from the hustle and bustle of the city but still connected to two major towns and likely more in the future. The nature parks and reservoirs give Mont Botanik a unique selling point; one few many projects can claim.

This is likely due to the scarcity of freehold projects in the West Region, owing to the fact that there were only eight new freehold condo launches in the last 10 years.

Freehold homes are especially appealing, especially in Singapore when a tight control on land means almost every new potential home comes with the leasehold shackle. Essentially, it means two things; that you cannot pass your home onto your next of kin and your home’s value diminishes the closer it gets to its expiration date due to the uncertain fate.

With a freehold property, none of these matters. Being able to hold it indefinitely means you can weather the ebb and flow of property prices through more than two generations.

Given the rarity of such properties and the Government’s plans to transform the West region, the freehold Mont Botanik presents a value buy for buyers and investors, especially if long-term capital gains is the main consideration.

Getting the best of both worlds

The drive to live away from over-populated areas has grown stronger and with better bus and MRT connectivity, far-flung locations like Jurong and Choa Chu Kang gradually are viewed with more interest and less scrutiny.

Mont Botanik represents that rich dichotomy between having flora and fauna in its surrounding without sacrificing the convenience of being connected.

The project itself draws inspiration from its surrounding nature reserve parks, with designs that incorporate the vibrancy of mother nature. A verdant, green landscape of trees and plants line the façade of the project’s formal drop-off area; Spacious vertical garden terraces sprawl on every floor of the 108-unit development, providing lush, open green spaces for leisure and informal gatherings.

Elsewhere, residents seeking a respite from their hectic lives can retreat to the cozy family pods and clubhouse, which are just some of the various amenities that the project offers. Those who enjoy an elevated experience will find delight in the scenic views of a nearby landed enclave while taking a dip in the rooftop infinity pool.

But make no mistake; the freehold Mont Botanik encapsulates tranquility and modern conveniences. Less than 1km away is the Rail Mail; a collection of popular dining and restaurant chains. About 900m away and straight up via Hillview Avenue is HillV2 Mall. Both malls are less than 10 minutes away.

From the Rail Mall, it is convenient to take a detour toward the Dairy Farm Nature Park or the Singapore Quarry for some sight-seeing.

Schools are also present. Along Dairy Farm Road, about a 10 to 15-minute drive away are schools like CHIJ Our Lady of Peace and GESS International School. St. Francis Methodist School is north of the Rail Mall, around a five-minute drive while Lianhua Primary and Hillgrove Secondary are around a five to 10-minute drive from Mont Botanik toward Bukit Batok St 52.

With an expected TOP in 2022, new buyers have very little to wait to move into their new spacious units at the extravagant Mont Botanik. Surrounded by nature, preserved by a private estate and yet connected to malls, dining and schools, this freehold condominium is a home for generations.

Find out more about Mont Botanik with our in-depth project review here!

Be clean, green and lean with Geneco