Outlook 2019: Private housing supply in Singapore to surge in 2019

A new condominium project on the former Pearlbank Apartments en bloc site in Outram is expected to launch next year.

The private housing supply in Singapore is expected to surge next year as $10.5 billion worth of en bloc deals were concluded in the first half of 2018, with many of the sites expected to launch next year, according to the PropertyGuru Property Market Outlook 2019.

This includes the highly anticipated Pearlbank Apartments in Outram, which was acquired for $728 million by CapitaLand and Parkway Mansion in River Valley, which was sold to a GuocoLand-led consortium for $938 million.

Latest data from PropertyGuru shows that supply also jumped 58.7 percent in Q3 2018 from the previous quarter. This comes as over 3,000 housing units from several mega projects were launched during the period, namely Riverfront Residences in Hougang, Affinity at Serangoon and JadeScape within the Marymount area.

Get more details on the property market outlook for 2019 here

At the same time, asking prices of private homes continue to rise, albeit at a slower pace, following the government’s recent introduction of property cooling measures in July.

City fringe districts 12, 13 and 14 posted the highest quarterly increase in prices at 12.6 percent, primarily due to the launch of several mid-market condos like The Tre Ver in Potong Pasir and Park Colonial next to Woodleigh MRT station. 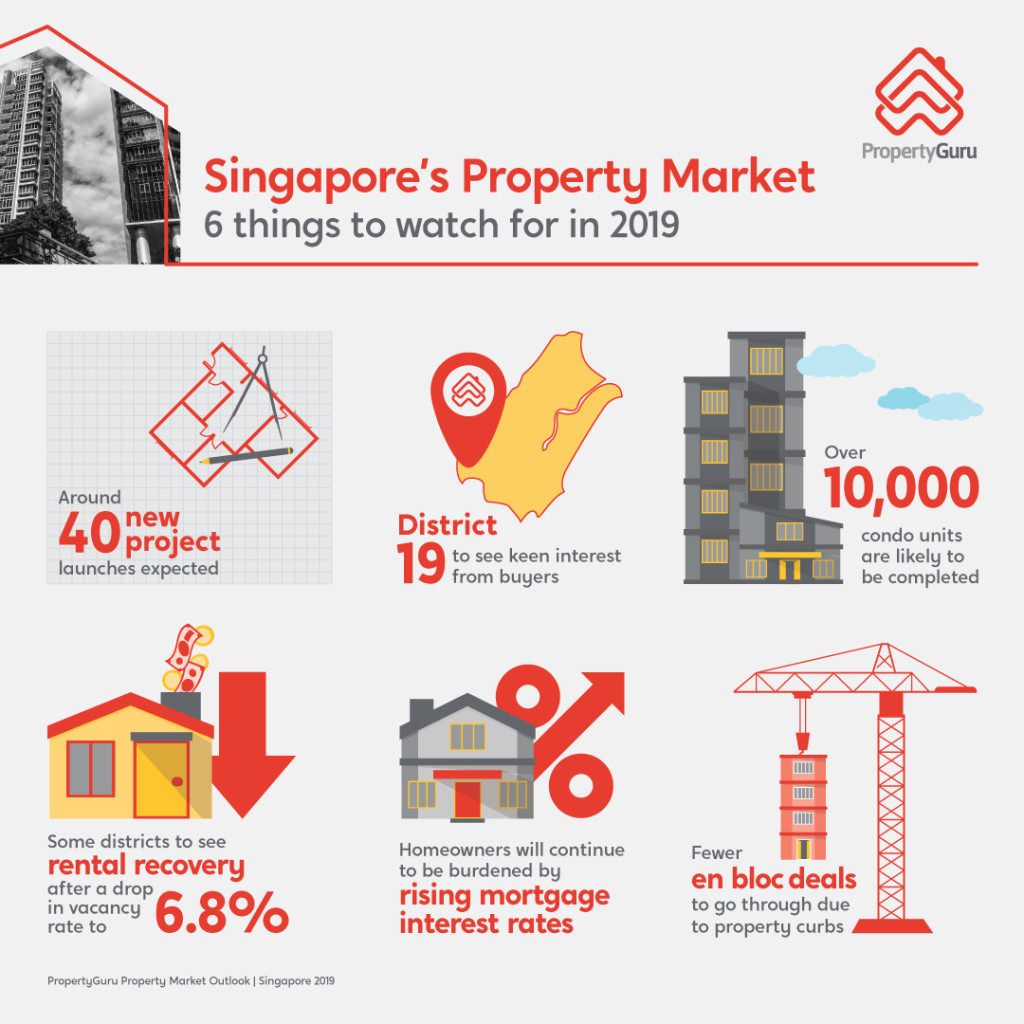 The Tre Ver sold 140 units within hours during its launch in August at an average price of $1,550 psf – which is lower compared to other nearby projects. About 6,000 people thronged the project’s showflat during its preview – indicating that there is still underlying demand for projects that are centrally located and attractively priced.

Meanwhile, rentals of private homes across Singapore have been on a slow upward trend – rising 0.3 percent in Q3 from 1.0 percent previously.

The recovery in the rental market is partly attributed to the improved vacancy rate, which dipped to 6.8 percent in Q3 from 7.1 percent in the previous quarter, according to URA data.

Despite this, it is expected to remain a tenants’ market next year as over 10,000 condo units are slated to enter the market, offering renters more housing choices.

Download our report and Get the Guru View on the outlook for the property market in 2019 now!

To know more about the property hotspots for 2019, check out PropertyGuru AreaInsider