‘Tis the BTO season, when we update our HDB BTO reviews and guides, and do reviews on the upcoming launches (they’re coming, so watch this space!).

But as a property portal, we also can’t help but look at record prices of BTO flats sold on the resale market after they hit their Minimum Occupation Period (MOP).

Here’s a couple of transactions that caught our eye.

Last week, we reported that a 5-room Sembawang flat was sold for a record S$745,000. It’s a notable transaction for various reasons: its location, floor range and that it’s a recently MOP-ed BTO flat. And its paper gain of S$373,000 to S$430,000 based on the BTO price range.

Now in less than two weeks, we’ve learned that this record has been broken by another recently MOP-ed 5-room flat sold for S$746,000 – a thousand dollars higher.

Perhaps one reason for its high price is that it’s located on a higher floor, within the 10th to 12th storey, as opposed to the S$745k flat that’s located within the 7th to 9th floor. Still, this particular flat isn’t located on the highest floor, as blocks at EastCrown BTO go up to the 13th floor.

We previously highlighted EastCrown in last week’s article about recently MOP-ed BTO projects with flats selling double their BTO prices. In that article, we highlighted an all-time high sale in that development for a 2-room flat in Sembawang.

HDB flats for sale in Sembawang Over the past 10 years, HDB resale flats in Sembawang have seen a price appreciation of 22.89%. The price increase has been the steepest over the last two years at 40.83%. 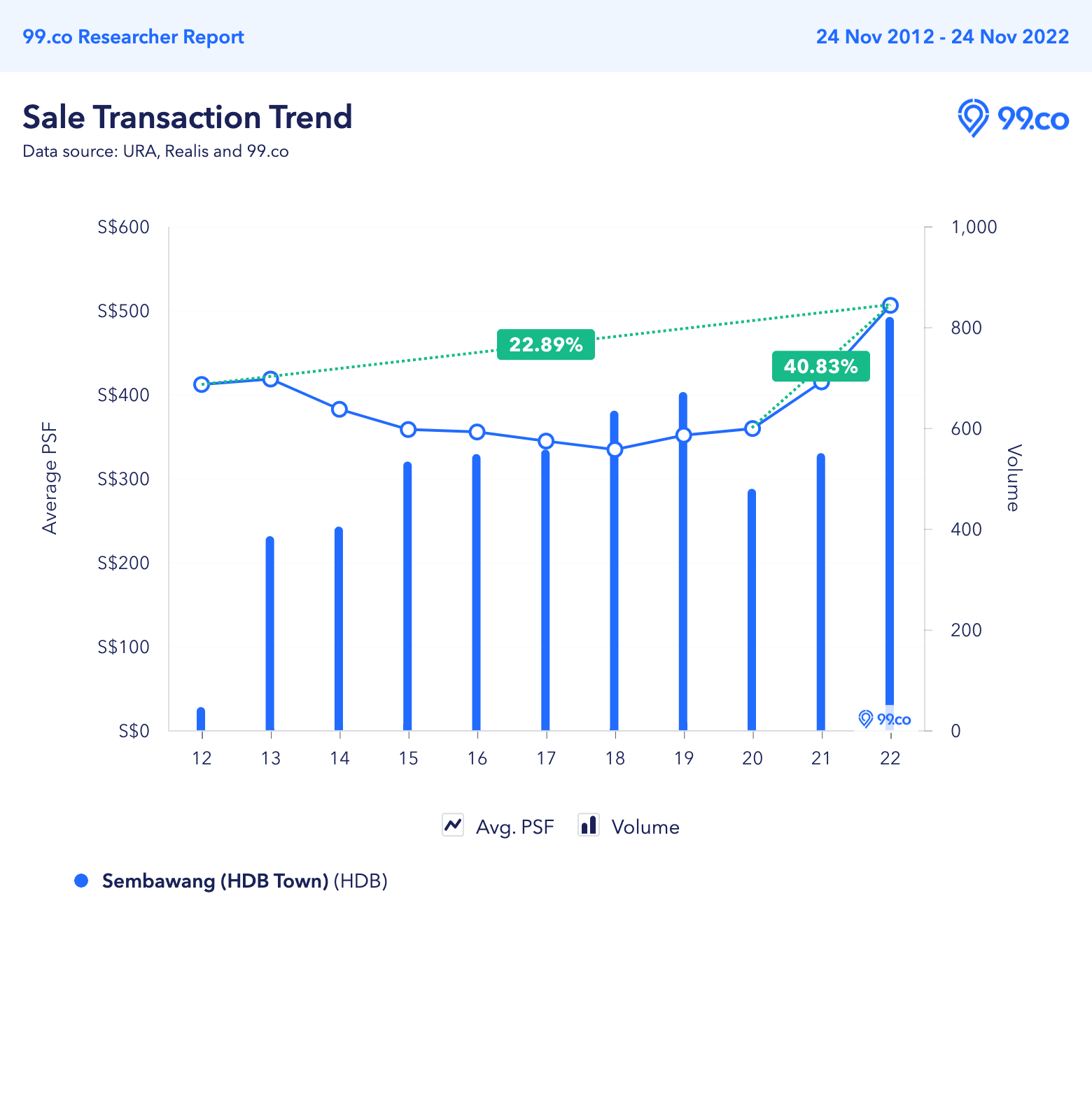 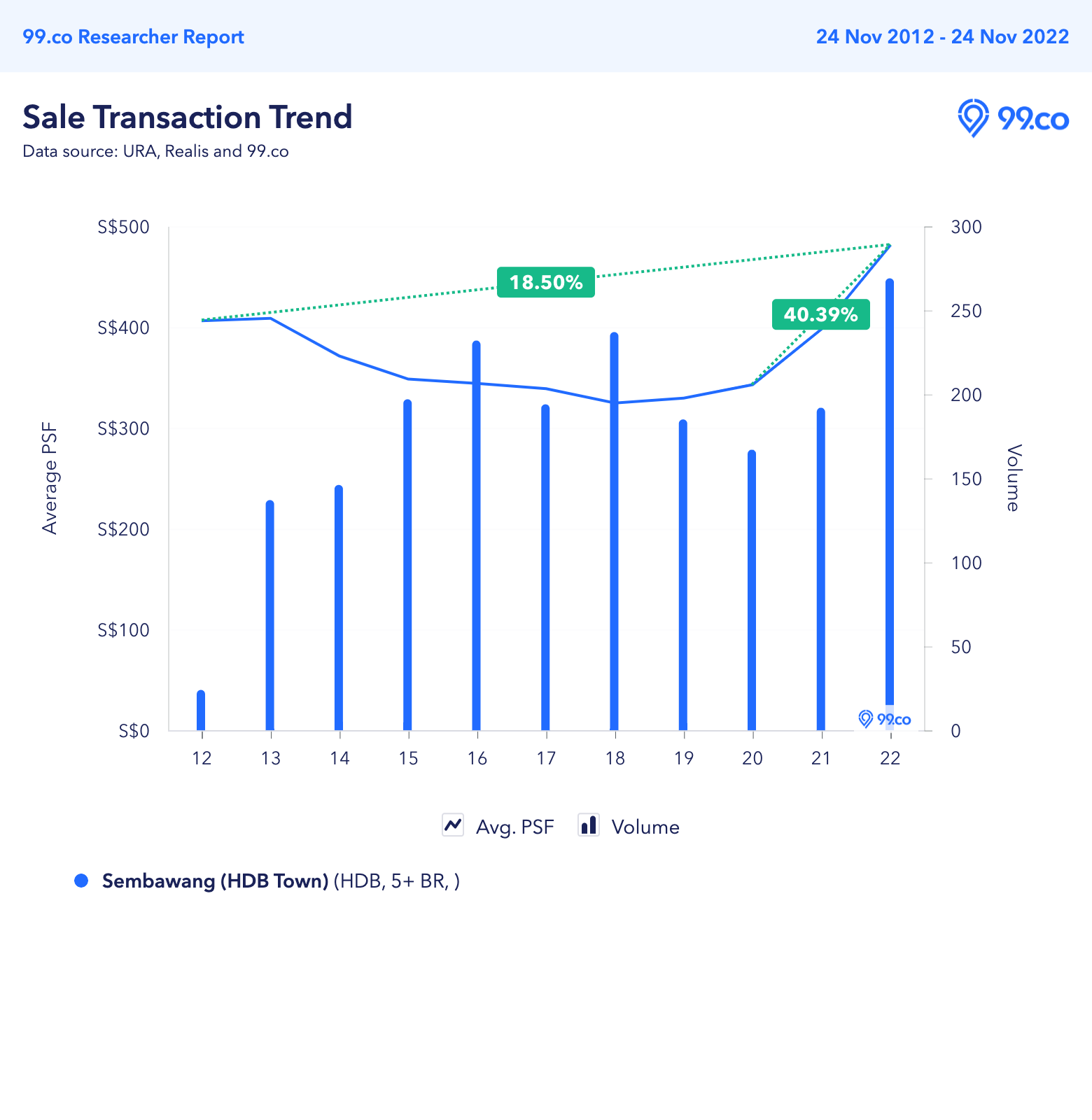 Located at Blk 590A Ang Mo Kio Street 51, within the 25th to 27th floor, this flat is part of the Cheng San Court BTO. It’s just a seven-minute walk to Ang Mo Kio MRT and AMK Hub.

With a lease that only started in 2019, the flat has 95 years 4 months of remaining lease when sold.

Interestingly, the previous all-time high record for a 3-room flat in Ang Mo Kio is located in the same block, on a higher floor within the 28th to 30th floor. Sold for S$670,000 in October, the price difference between the two transactions is S$40k.

In fact, we also mentioned this all-time high in last week’s article on the transactions of recently MOP-ed BTO flats. At that time of writing, Cheng San Court BTO caught our eye because it had recorded all–time high prices for 3-room and 4-room flats in Ang Mo Kio. Over the last 10 years, HDB resale prices at Ang Mo Kio have seen a relatively slower price appreciation at 9.34%. A likely reason for this is the higher number of older flats here. Nevertheless, prices have since increased by 26.96% in the last two years. 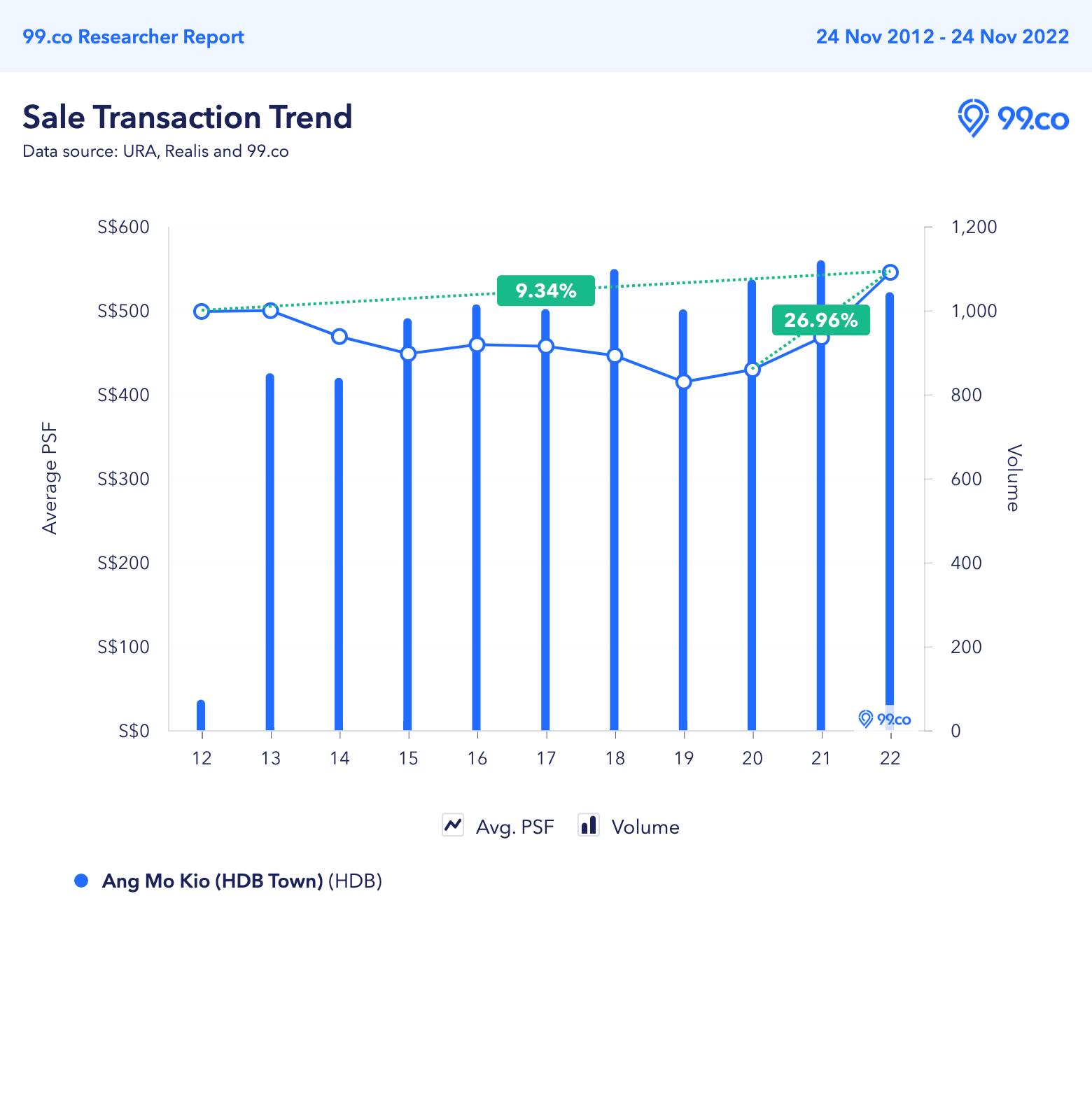 Since the BTO system started, there have only been eight BTO projects in Ang Mo Kio, the latest one being Central Weave in the August 2022 BTO exercise.

Of these projects, only four have since completed their MOP and can be sold on the resale market. Perhaps it’s due to the scarcity of new flats in the town that these BTO flats can fetch such a high price.

Would you sell your flat after MOP? Let us know in the comments section below.

If you found this article helpful, 99.co recommends Full list of BTO projects hitting MOP in 2022 + Our picks near the MRT and Selling Your Flat Soon After MOP: Smart Move or Dumb Move?