Over the past week, in light of new record million-dollar HDB resale flats being sold and the September 30 cooling measures, many have given their assessment of runaway HDB housing prices and, for some, how the restrictions either help improve or dampen sentiments.

Two prominent figures who’ve been known to share their thoughts on social matters on their platforms – former Nominated Member-of-Parliament Calvin Cheng and NUS Associate Professor Dr. Ben Leong – have also recently chimed in on the subject.

We thought we give you a summary of what was shared:

Cheng’s take (or perspectives shared from “well-intentioned, good friends who want to keep a low profile” according to his Facebook post) is that housing policies by the government are not only about finding a compromise but also balancing different interests.

He shared how this applies by comparing the effects of the same policies on two different sets of stakeholders in the market.

For example, if HDB BTO prices are suppressed, it will depress the whole property market. While this is good for buyers, it will be bad for sellers and property owners.

He also cautioned that we should not immediately blame foreigners as Singapore’s homeownership rate is close to 90%. (88.9% of resident households are owner-occupied as of FY2021).

This means that falling prices will affect many Singaporeans, at least from an asset-worth point of view. A lower asset value will affect collateralised loan eligibility or mortgage refinancing.

Retirees planning to monetise their homes, move to a smaller place and retire will see their dreams dashed. Similarly, those reliant on higher prices to ascend the property ladder will, too, see their hopes and dreams dissipate. They may end up being angry with the government.

His argument is that this situation isn’t isolated just to Singapore. Every government in the world has to balance buyers and sellers and, more importantly, “young people with old people.”

If the pendulum swings too fast, too far to one side than the other, it will cause suffering one way or another. This is not easy to balance.

He shared that every economic activity affects livelihoods, particularly Singaporeans. Like a ripple effect, the property development sector relies not just on homeowners, but investors and speculators to keep it going.

With Singapore’s Gross Domestic Product from real estate at S$14.8b (FY2021), a sector collapse will affect many Singaporean lives in construction, development, management and sales.

One example he shared is the 30,000 registered real estate agents in Singapore. If we assume that only 50% are active, that’s 15,000 families who will get affected.

Finally, Cheng postulates the conundrum that’s been plaguing Singapore and other cities.

“When rents rise, people attack the ‘greedy’ landlords. But if rents fall, or is controlled, landlords cannot pay their mortgage, especially when interest rates are rising.”

Most of these landlords are Singaporeans, including some retirees who are reliant on rent as their only source of income. If nobody wants to rent out, people who cannot afford to buy a property have nowhere to stay.

Cheng’s post aims to present to his readers that there is more than one perspective when housing policies are implemented (or are considered). As these policies help young, new buyers own affordable homes, they inadvertently disadvantage the other group.

His caution is that instead of big, hasty moves by the government, it is better for it to calibrate and tweak. Such is the art of compromise.

As of today, Cheng’s post has garnered 44 shares and 106 comments.

Associate Professor Ben Leong is a Director of the Centre for Computing for Social Good and Philanthropy (CCSGP) at the National University of Singapore (NUS). His 5000-plus-word Medium post, dated 8 October 2022, has generated 481 likes and 27 comments. His Facebook post has generated nearly 500 comments and 335 shares.

He began by disclaiming that what he wrote represents his opinions as a private citizen, not NUS.

Leong began his post with reasons why he decided to talk about his concerns after some time.

With runaway million-dollar HDB resale flat prices, he believes cooling measure restrictions only provide temporary relief. One of his aims is to preserve or restore affordability for future generations of Singaporeans.

He shared his thoughts on the BTO scheme:

He suggests introducing a new class of flats equivalent to HDB in pre-open-market days (ie. can only sell the flat back to HDB).

While this new class of flats will have no impact on the massive resale flat market, it may prevent gentrification. He gave an example of the Pinnacle@Duxton. If some price-controlled flats at the Pinnacle have been set aside (as part of this cost-plus scheme), even not-well-to-do Singaporeans can have a chance to stay at the Pinnacle.

He agreed when a reader highlighted that “Cost-Plus with No Resale” is akin to a long-lease rental flat.

“The only people who can afford to own two properties are the rich people.”

Leong argues that equality becomes questionable when the rich are allowed to live on private property and make rental income out of their HDB flats.

If owners of private properties become ineligible from buying an HDB flat (ie. they have to sell their private property within six months of collecting the keys to their HDB resale flat), Leong argues against allowing HDB homeowners to “upgrade” to private property and yet still be able to retain their HDB flat.

Leong shared that people get angry whenever there are reports of condos/private properties being snapped up by foreigners – especially the ones who bulk-buy them (or have intentions to) in multiple quantities.

While he understands that Sentosa Cove is a unique situation (because of its location and pricing), so foreigners are allowed to buy properties there, he questions why we’re letting wealthy foreigners compete directly with Singaporeans, putting pressure on property prices.

By restricting foreigners to just one Singapore property each (and they have to be owner-occupied), lower demand can help reduce housing prices.

In his post, Leong believes it’s possible to predict housing needs ahead of time so that the supply can always outstrip demand.

Based on the theories that “a person can only physically sleep in one house at any one time” and “an unoccupied house is a money-losing proposition (to dissuade appreciation)”, Leong proposes that HDB significantly ramp up building HDB flats based on the old “Build-to-Projection” regime. 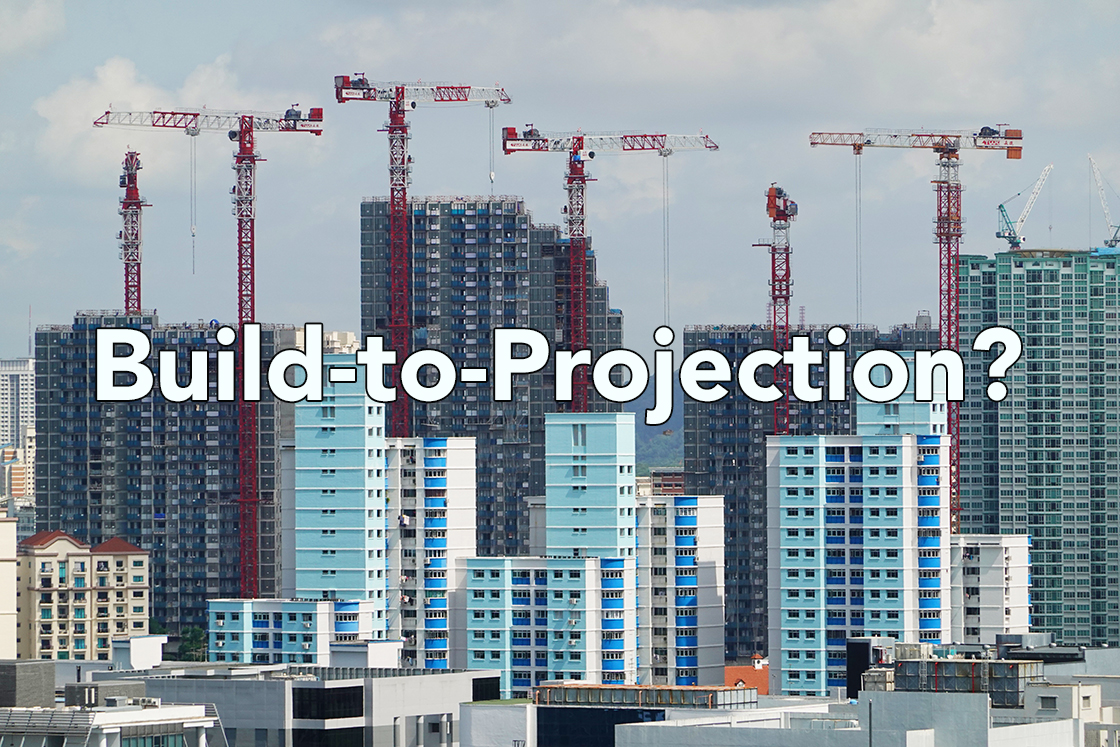 If there ever comes a day when supply outweighs demand, there may not even be a need for a BTO scheme, which would mean no waiting time, and couples can move in and have kids earlier.

Besides the above proposals, Leong also recommends the government set expectations on where it wants housing prices to go – as a way to set the course for everyone else to comply.

Where do you stand in this ongoing dialogue? Let us know in the comments section below.

If you found this article helpful, 99.co recommends Million-dollar HDB resale flat transactions: Will they be affected by the new cooling measures? and Property Cooling Measures 2022 : Higher Interest Rate Floors, HDB LTV Lowered to 80% and Other Updates.

Car-lite areas: What do they mean for Singapore?