Crypto exchange FTX International, its affiliates like FTX US and its trading firm, Alameda Research, have been in the news over the past few weeks.

Founded in 2019, FTX was a leading cryptocurrency exchange besides Binance and Coinbase, but has since gone insolvent for alleged misuse of its customers’ and investors’ funds to the tune of USD8-10b.

Just hours after it went into bankruptcy proceedings, and following the resignation of its founder and CEO, 30-year-old Sam Bankman-Fried – the exchange was reportedly hacked, and some claimed it could have been an insider or disgruntled employee whose promised vested life savings were gone.

Not only that, Singaporeans are reportedly FTX International’s 2nd largest customer base at 5.26% of the total user base, after South Koreans (6.21%). As of February 2022, FTX had 1 million users.

It is no understatement that there are many unhappy Singaporeans (and international users) whose funds in FTX are locked out (or presumably gone). Most of them are unable to withdraw their investments from these platforms.

It should also be noted that Singapore’s own Temasek Holdings, has invested an estimated USD205m, or a 1% stake, in FTX, alongside other investment firms like Sequoia Capital, Softbank and many more.

While Bankman-Fried (also known as SBF) is reportedly assisting with investigations in the Bahamas (where FTX International is headquartered), online chatter emerged that one of his properties in the Bahamas had been put on sale.

Listed here for USD40m, the 12,000 square-foot penthouse is located in Albany Resort, a 600-acre oceanside, luxury resort community on the New Providence island in The Bahamas.

Here are some photos of the property, which is located in the Orchid building of the resort. The building has nine residences offering two to six bedrooms with 2,500 to 11,500 square feet spaces. 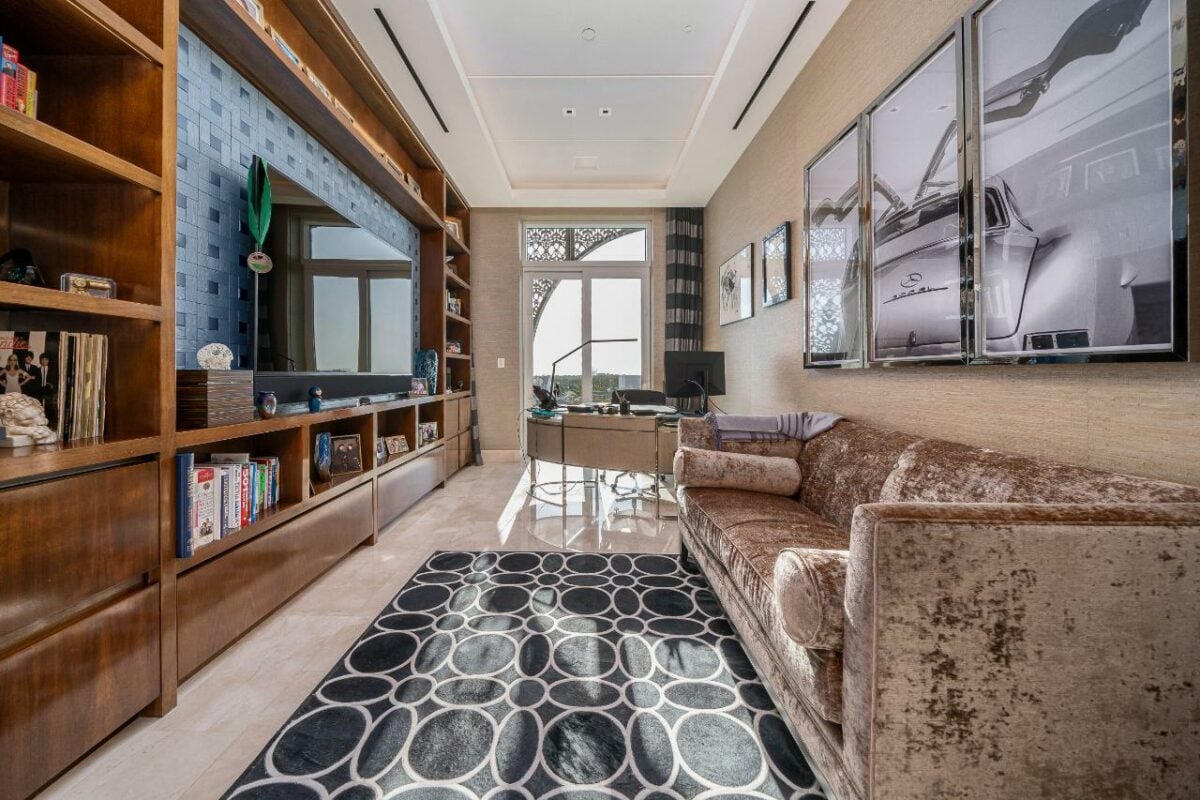 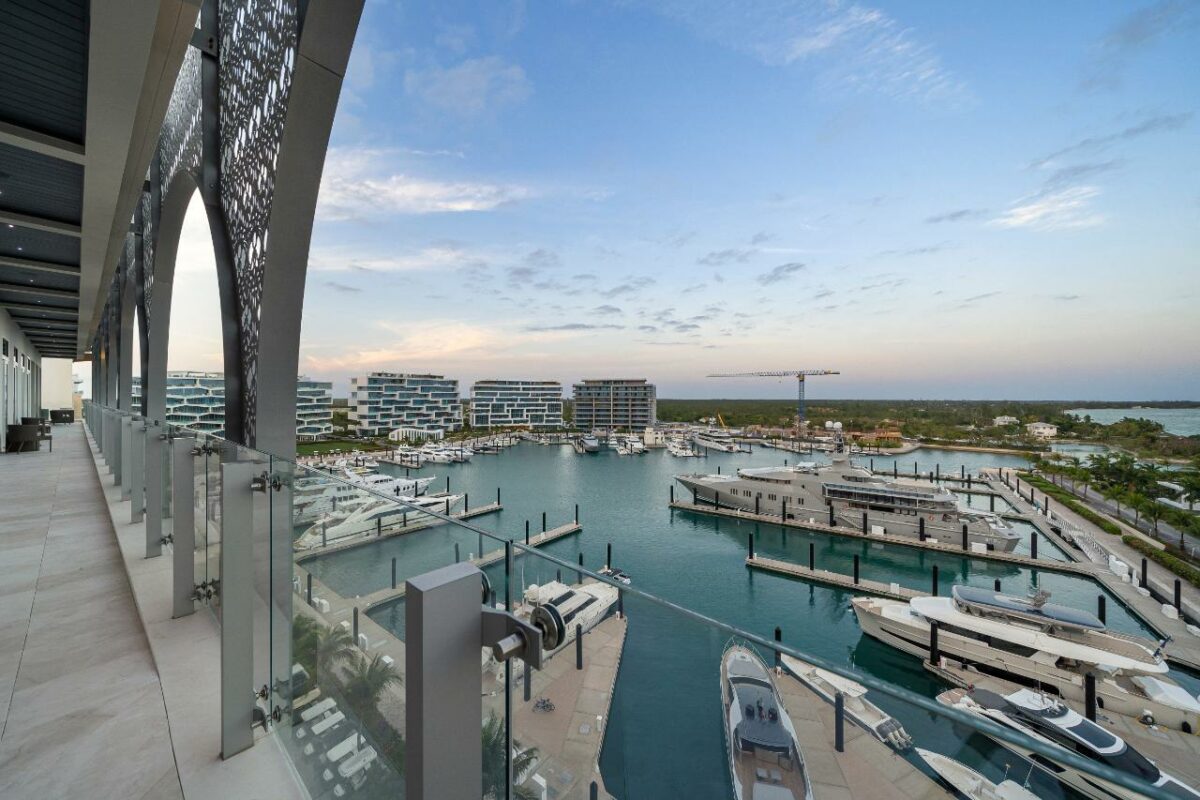 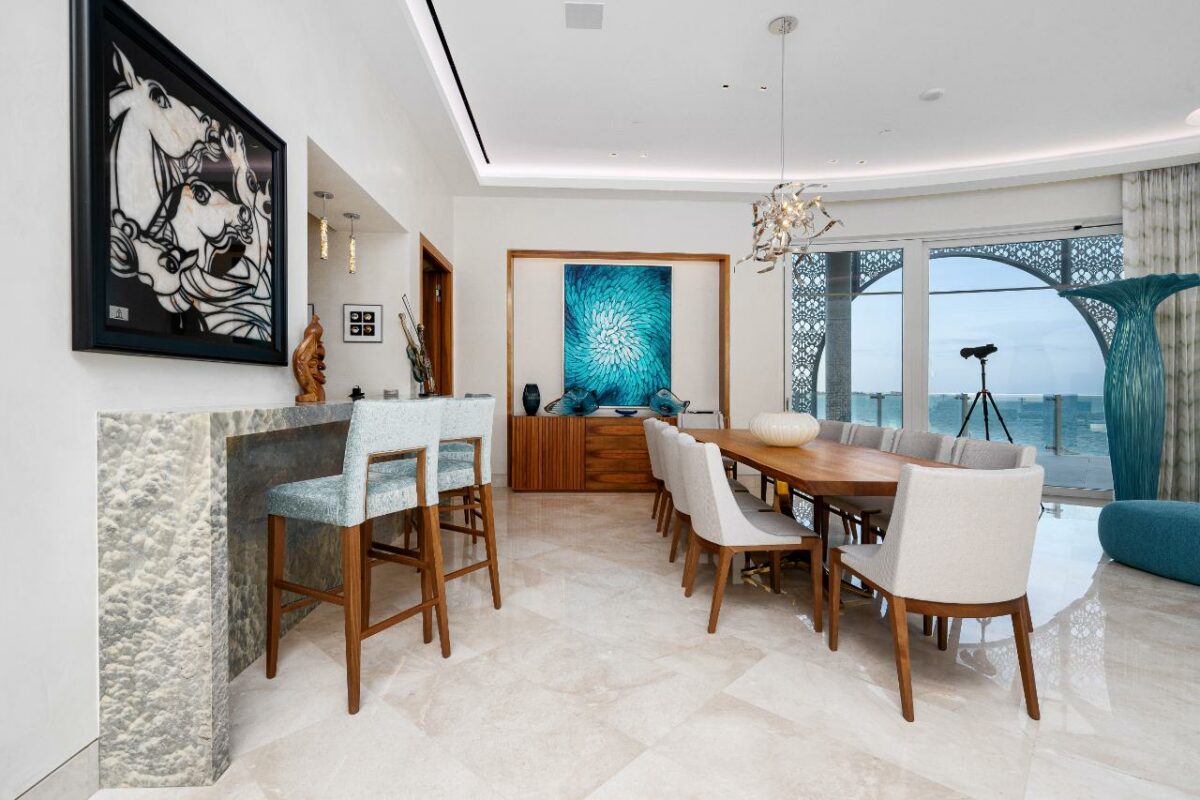 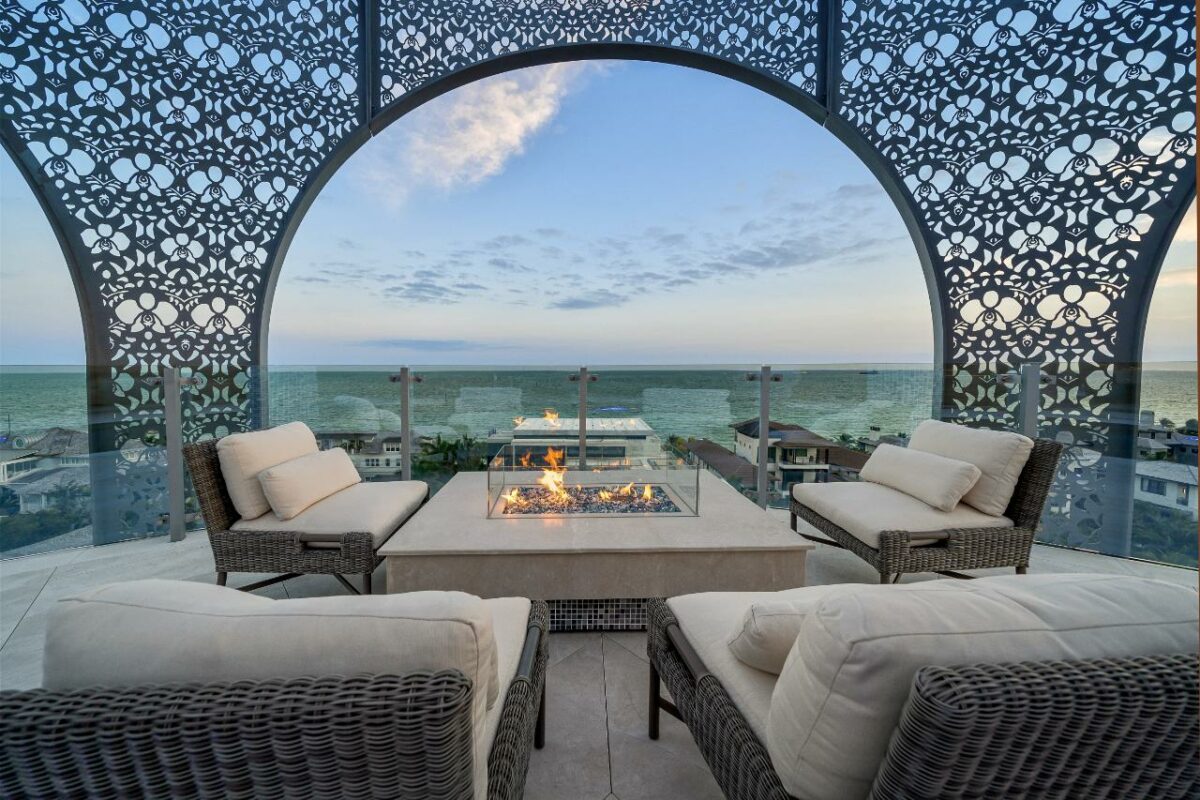 Designed by Morris Ajmi Architects, the Orchid sits overlooking the Albany Marina and the Atlantic Ocean. The Penthouse in Orchid is the cornerstone of the development as it has a sumptuous master bedroom suite with his and her bathrooms, walk-in closets and a private balcony with a lounge area and spa.

There are four other ensuite bedrooms and a grand living room with a dining area which opens onto an outdoor pool and patio. There is also a family entertainment room, a modern kitchen with a separate bar, an outdoor barbecue alcove and many more.

The penthouse is designed with Venetian plaster walls, matching Italian marble accents, German-engineered doors and windows, custom cabinets, an LED lighting system and a Creston smart home system. A security-coded private elevator for the owner connects him with his private garage. 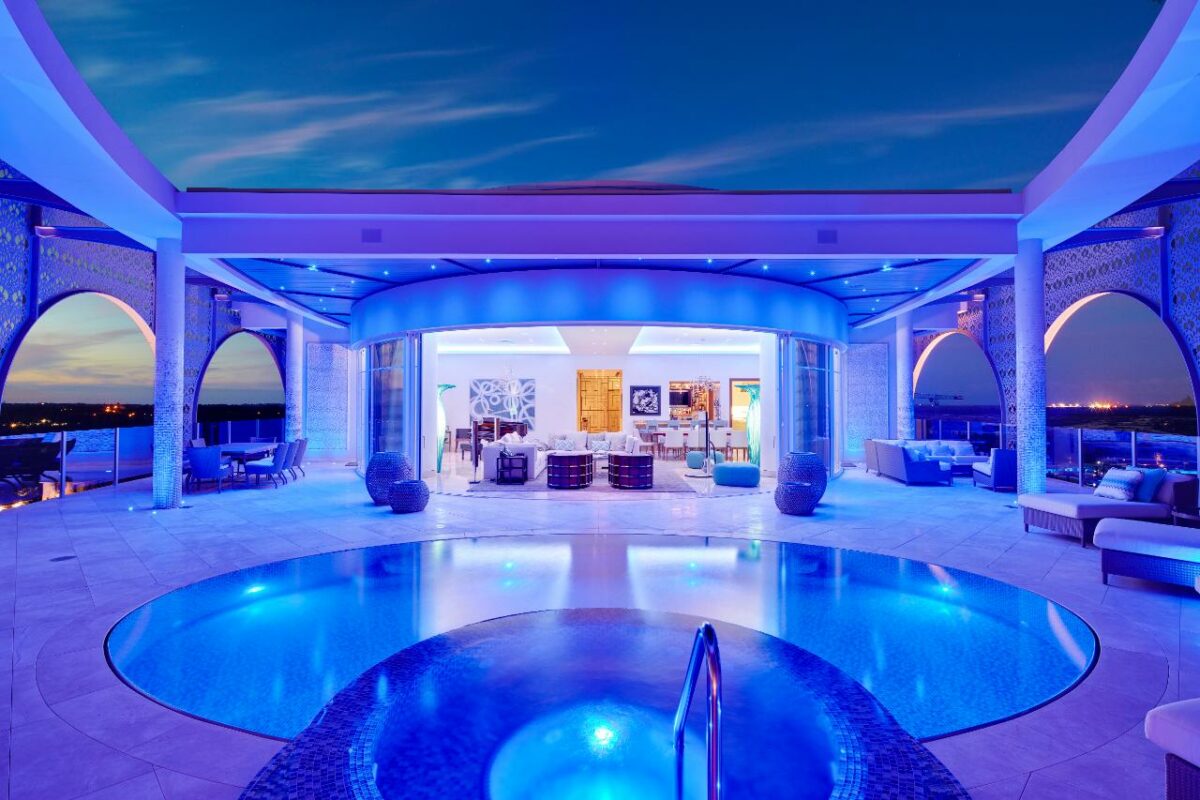 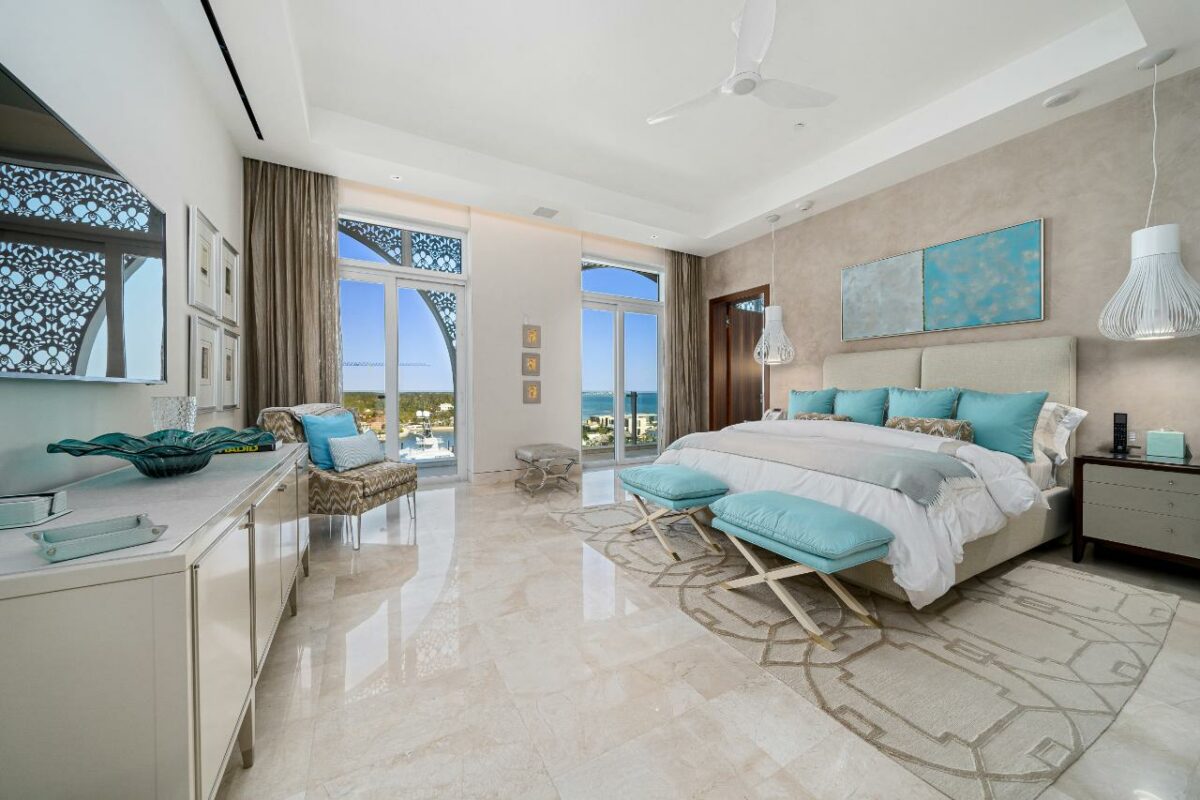 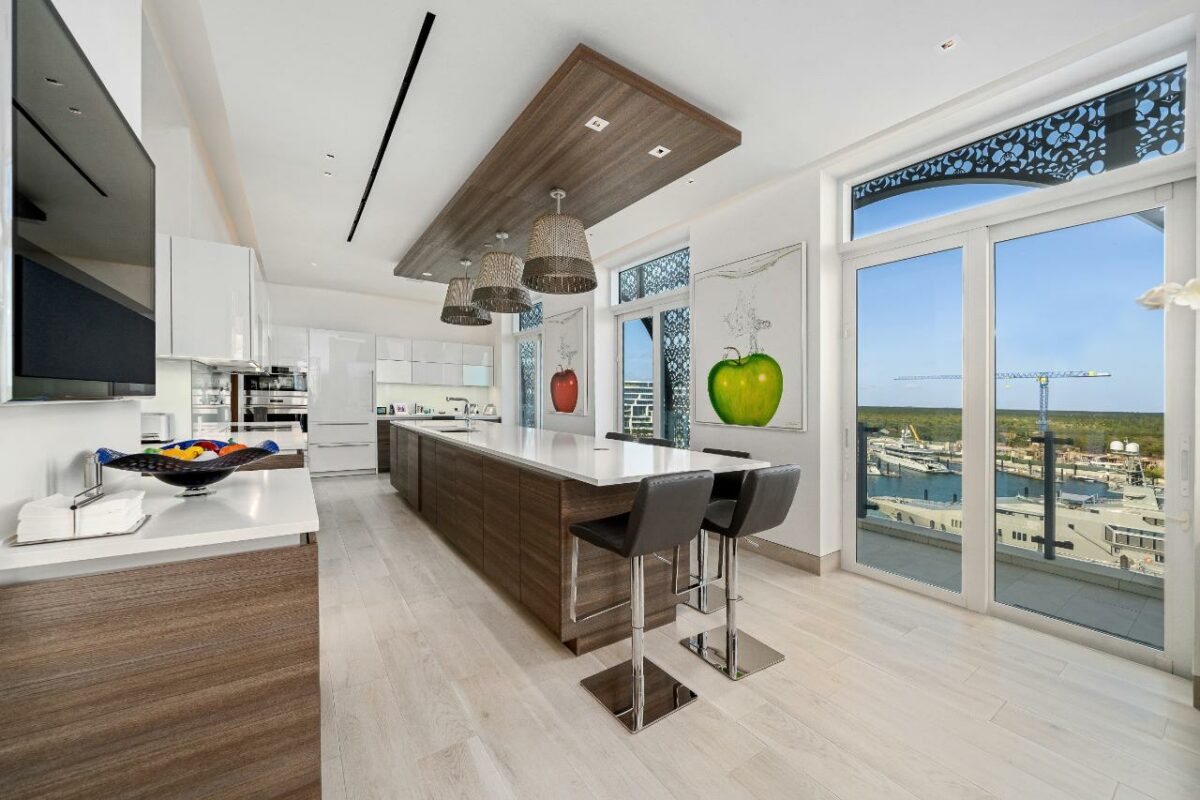 While we cannot yet confirm that this is the penthouse where SBF and his inner circle of friends lived, there are similarities from past filmed interviews. For example, you can view Nas Daily’s previous interview with SBF and see him “chilling” in different parts of his penthouse where the backgrounds look similar.

As a result of the exchange fallout, Sam Bankman-Fried’s fortune plummeted from USD16b to near zero in just a few days.

In cryptocurrency circles, he isn’t the only one we’ve reported (whose fortunes turned for the worse and ended up having to liquidate assets like property).

We previously covered 3 Arrows Capital’s Su Zhu, who bought a Good Class Bungalow under a trustee in Yarwood Avenue for S$48.8m late last year. Similarly, the crypto hedge fund firm went into liquidation after losing its investments in cryptocurrency platforms like Terra Luna. There was speculation that some of his properties in Singapore may have had to be liquidated.

Were you affected by the FTX collapse? Let us know in the comments section below.

Bungalows for sale in Yarwood Avenue Loan Repayment in Singapore: 6 Things You Can Do If You Can’t Pay Your Mortgage (2022)