Sitting conveniently on the cusp of Singapore’s CBD and alongside the Railway Corridor, Avenue South Residence in District 2 is ideally located for residents looking to combine accessibility with a leafy locale. The mega-scale condominium development houses an impressive 1,074 units across two high-rise towers, which upon completion in 2023 will be amongst the tallest residential buildings in the city, allowing for uninterrupted views from many of the residences.

The 99-year leasehold property also boasts proximity to the hugely anticipated Greater Southern Waterfront, an unparalleled urban redevelopment project that will straddle 30 kilometres of coastline and comprising 2,00 hectares of land — about six times the size of Marina Bay. 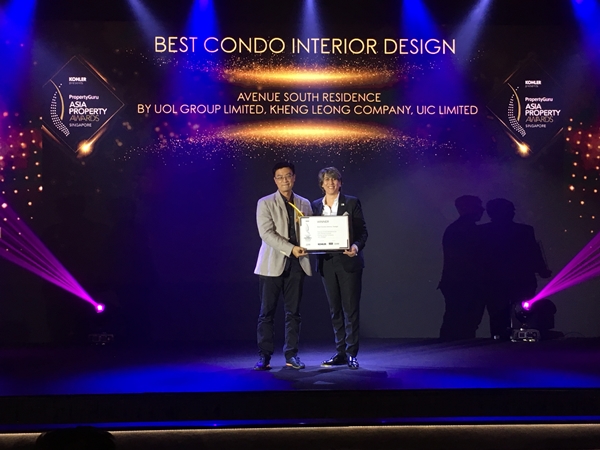 Views, ventilation and natural light guide the layout of the various unit types featured in Avenue South Residence’s ‘Collections’. The Peak Collection, set on the higher floors, in particular, embrace the breezy aesthetics with a contemporary colour palette of white, grey and taupe, while the lower-level units in The Horizon Collection showcase understated tones. Each comes with tasteful marble and timber flooring and fittings. In the Heritage Collection, architectural features reference the building’s heritage as former Singapore Improvement Trust flats — features that won over the judges at this year’s PropertyGuru Asia Property Awards (Singapore).

Beyond the interiors, a premium has been placed on ensuring residents’ lifestyle demands are met. From the unique to the ubiquitous, these include rock climbing facilities such as the Rock Wall and King Crawler, multiple swimming pools that accommodate leisure and fitness seekers, a state-of-the-art gym, tennis court, and even an Eco Fitness Garden Trail with fitness equipment placed along pathways.

Developed by UOL Group Limited (UOL), its subsidiary United Industrial Corporation Limited (UIC) and Kheng Leong Company, Avenue South Residence is the product of three of Singapore’s leading property developers. UOL Group Limited is a public-listed property company with total assets of about $20 billion. With a track record of over 50 years, UOL strongly believes in delivering product excellence and quality service in all its business ventures.