HDB Loft to Jumbo Flat: More Room for the Cats and Cameras

For cinematographer Siva, 43, having a wide variety of high-end camera gear is essential. And as his collection grew, he and his wife, Kasthuri, 38, who works as a teacher, realised that their four-room BTO in Queenstown was no longer adequate. There, all of Siva’s equipment and gear were placed in a bomb shelter on the first floor (it was a loft unit), which wasn’t ideal given that his office was upstairs. 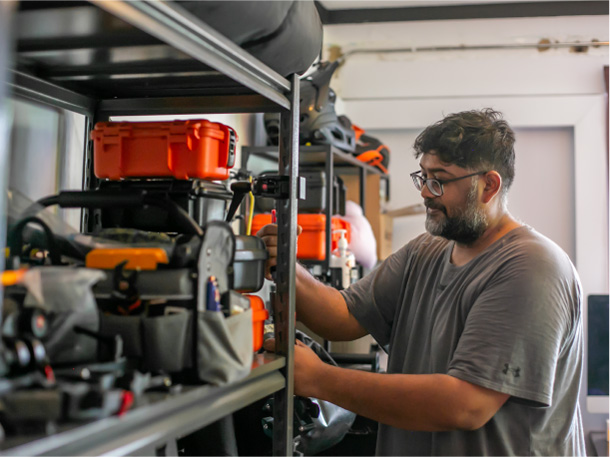 “Oftentimes, I have had to set up my equipment in the hall to prepare for shoots the next day, which is cumbersome,” explains Siva, who works as an award-winning cinematographer. This was the reason they knew it was time to move to a new place, even though they had lived in their flat for years. “At the end of the day, you’ve to be practical and move on,” Kasthuri chimes in.

Kasthuri also added that living in the 1,065 sq ft flat was no longer ideal, considering they’ve three cats. “In the loft, the space was quite small for three cats to run around, so we definitely think it’s time to move so they’ll have more space to explore,” she shares. 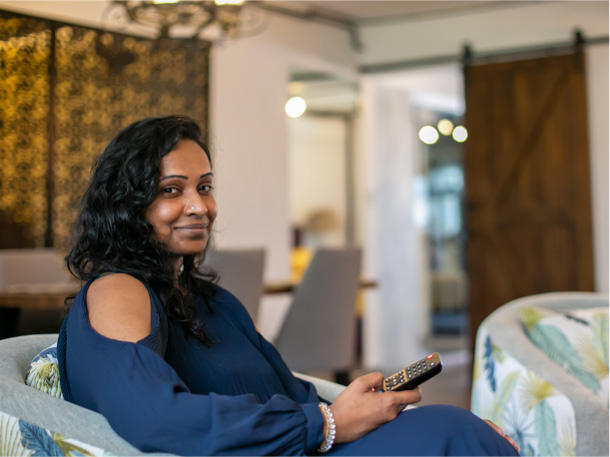 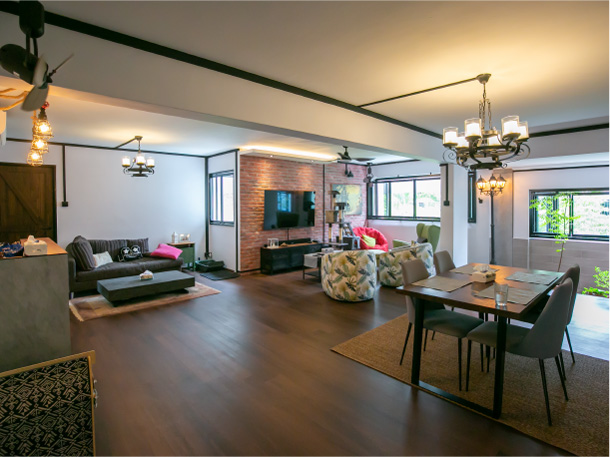 Reconnecting With An Old Friend-turned-Agent

“My property agent is actually a longtime friend who I lost contact with for 20 years,” shares Siva, recounting the fortunate timing. “We just found each other again and I found out he was a property agent, so he was the one that sold my place on PropertyGuru.”

Due to Singapore’s Ethnic Integration Policy for HDB flats, Siva, a Celyonese-Singaporean explains that he could only sell to Indian, Malay or others. “There were many offers that came in from the Chinese community, but it was not suitable. Eventually my friend was able to find a buyer from Sweden, who fit into the ‘others’ category.” After the sale, the couple decided to buy a place without the help of an agent. They found a four-bedroom, 1,830 sq ft jumbo flat in Marsiling. “It’s either go big or go home,” Siva laughs. On PropertyGuru, Kasthuri was able to whittle down her choices to homes that were at least 1,500 sq ft big, and were located in the North and West side of Singapore, so they could be closer to their parents who live in Toa Payoh and Jurong, respectively. “PropertyGuru is very user-friendly, it allows me to navigate and find the homes I want to view with ease,” says Kasthuri

After viewing several flats in Jurong, Bukit Batok, Choa Chu Kang, and Bukit Panjang, they decided to purchase the flat in Marsiling because of the greenery surrounding it. “Although we lived on the fourth floor, we saw many trees and plants; it’s our view, essentially, something that we both loved. When we walked in, we just had that feeling,” remembered Siva. “We just knew, this is it”, added Kasthuri. 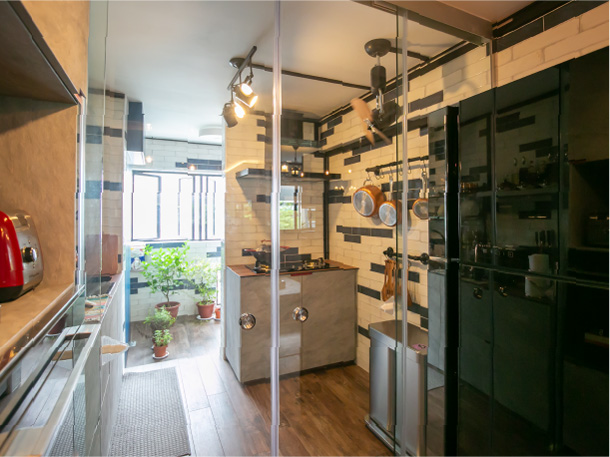 A Spacious Home for the Cats

From the layout, Siva and Kasthuri knew their new place was ideal for building a cat patio, or a “catio”, as they would like to call it. “It’s a place for them to play and live in,” says Siva. As their new place is bigger, the cats are free to roam around as they wish. “Cats are not pets to be caged, they ought to move around and explore.”

For this reason, they adopted an open concept, where walls or doors do not separate living spaces. “We knocked down a few walls to have an open kitchen concept. What’s surprising to me was how fast our contractor knocked it down. He finished it in a day, so our open-concept living became a reality much quicker,” Siva remembers. 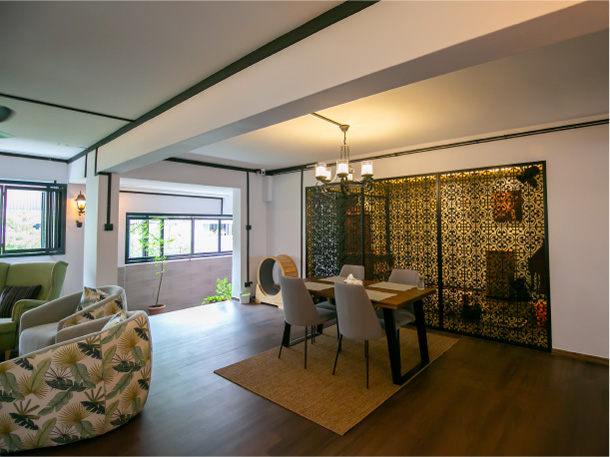 They also changed the tiles to vinyl and the doors to glass bifold ones. Doing so enabled them to watch their cats as they explored the house. “With a sliding door in our previous place, the cats liked to hide from us,” says Kasthuri.  Moreover, they also separated the home into “cat zones” and “no-cat zones” where they cannot enter. “In our kitchen, we have a dry and wet area. Our cats can only access the dry ones since the wet ones are separated by a glass door.” 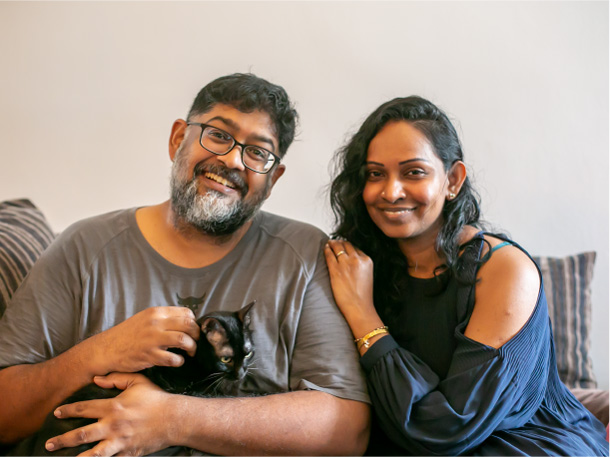 As of now, they’re very content with their spacious and cat-proof living space. They plan to stay there for the foreseeable future. What they’d like to add is more plants in their flat. “The house is pretty much done, what it needs now is more plants and greeneries, so I can feel more tranquil,” saya Kasthuri.

Guide to the features of your new HDB flat